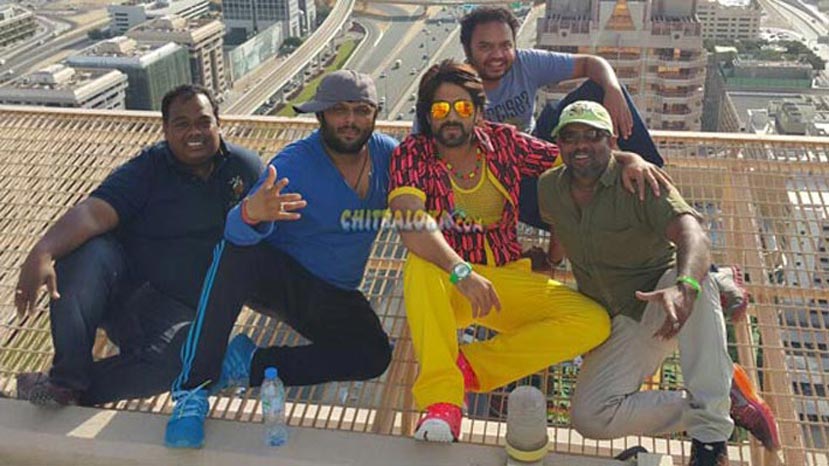 The humanitarian crisis faced by people in Chennai due to the rains and floods has affected other people too including Sandalwood. Along with the common people many Sandalwood celebrities are also concentrating their efforts in helping the people of Chennai. Composer V Harikrishna, who has close affinity with the city, is concentrating on helping people there.

Other Sandalwood celebrities are also pitching in. Back home the film industry is affected in Kannada. But Sandalwood people are not complaining. The audio launch of Yash's Masterpiece is affected and the structured release of songs of the film is now out of schedule.

The Telugu version of Kishan's C/o Footpath 2 named Manja was not completed on time and its release has been postponed. Only the Kannada version will release this Friday. But nobody is blaming but ready to show solidarity with the people of Chennai who are suffering. Those celebrities who are unable to do ground support are doing their best online providing logistic support.