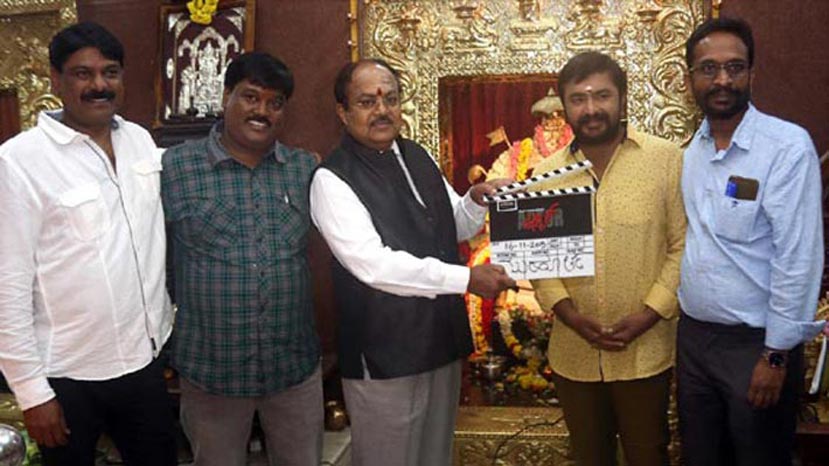 Veteran actor Srinivas Murthy and his actor son Naveen Krishna were in for very personal moment at the muharat of the film Actor on Monday morning. Even though Naveen Krishna has been in films for over a decade, never had his father Srinivas Murthy made the first clap for any of his films. Dayal, Avinash Shetty are the co-producers for the film.

Monday was the first time. The film directed by Dayal Padmanabhan and produced by KM Veeresh started on Monday and Murthy clapped for the first shot. The camera was switched on officially at the function by Tanuja Veeresh, Pushpa Srinivasmurthy and Ashwini Naveen Krishna.

Dayal and Naveen Krishna are teaming up again after their successful combination in Haggada Kone.