Ramleela to Release on November 12th 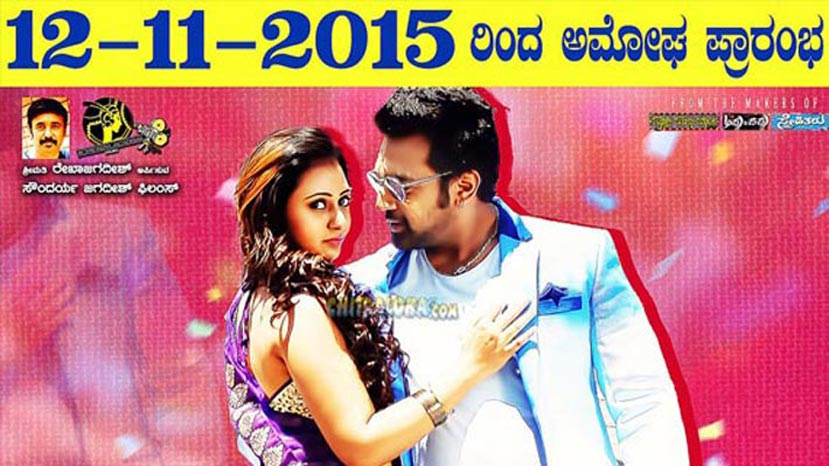 Soundarya Jagadish's new film 'Ram-Leela' which is a remake of Telugu hit Loukyam is all set to release on the festival day of November 12th (Thursday). 'Ram-Leela' has been directed by Vijaykiran. Bharani K Dharan is the cinematographer, while Anoop Rubens who composed music for the original has composed the music for this film also.

Speaking to Chitraloka producer Soundarya Jagadish told `this movie has come out very well. We are releasing this movie in more than 150 theaters. Whenever we do a movie I have not done the movie in a restricted budget. I have given freedom for anything good.