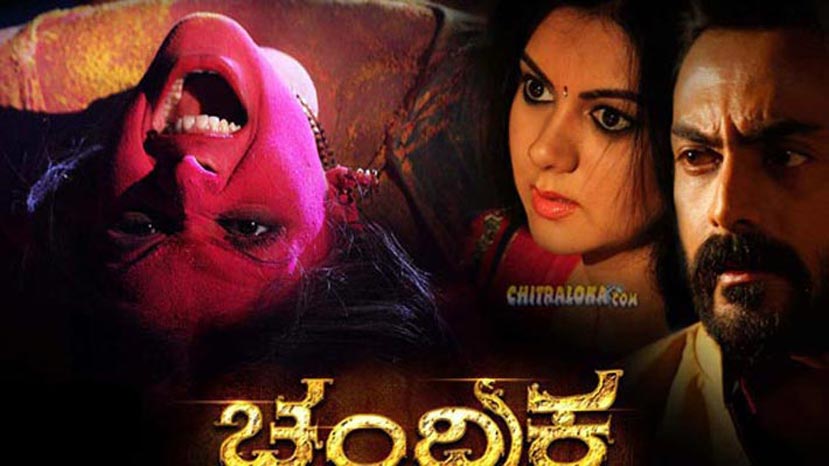 Last Friday the horror film Chandrika released and is doing good business. This Friday another horror film Tammisra is releasing. But this is only the beginning. There are some 15 to 20 horror films that are in various stages of production in Sandalwood. Even big stars are getting into horror with Upendra's next said to be Kalpana 2, the sequel to the horror film Kalpana.

Meanwhile the horror film that is leading this pack is doing good at the box office. Chandrika collected Rs 1.15 lakh in Abhinay theatre on its opening day Friday. Many people who did not want to release Kannada films released in that theatre were surprised. There were no shows on Saturday due to the Karnataka bandh. On Sunday the film collected Rs 1.5 lakh from Abhinaya. The film is also maintaining good collections in the rest of the theatres in Bengaluru and Karnataka. This could prove helpful to other horror films that are coming up for release.

JK back with a Horror Film