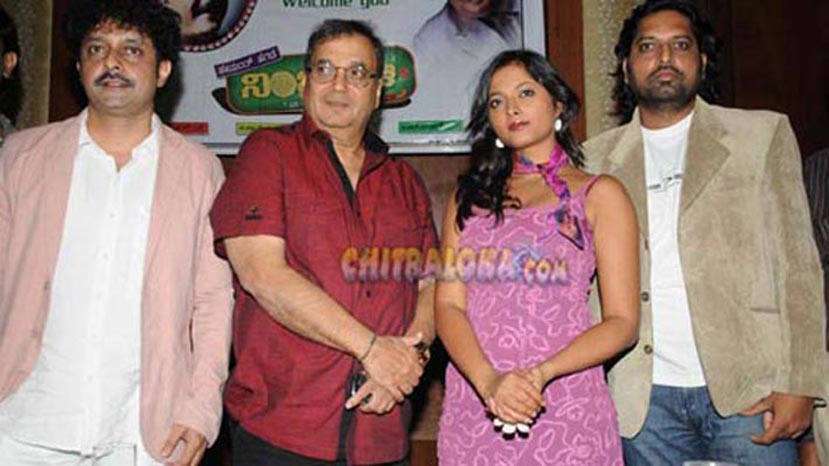 Actor-Director Hemanth Hegde who has already directed films like Oh La La, House Ful and others is now directing the film "Nimbe Huli' for the Muktha Arts owned by Bollywood's showman Subhash Ghai. speaking at the press meet of the film,  Hemanth Hegde said that the story and conent part of the film can not be revealed much, though he can promise a good entertainer for the audience.

"The film has a different pattern of narration. It has three heroines' said Hemanth Hegde.

Subhash Ghai described his latest Kannada flick Nimbe Huli as a romantic comedy and said that he has full trust in the capabilities of  his director Hemanth Hegde.  "I hope that this film will do well in the Box office' said Ghai.