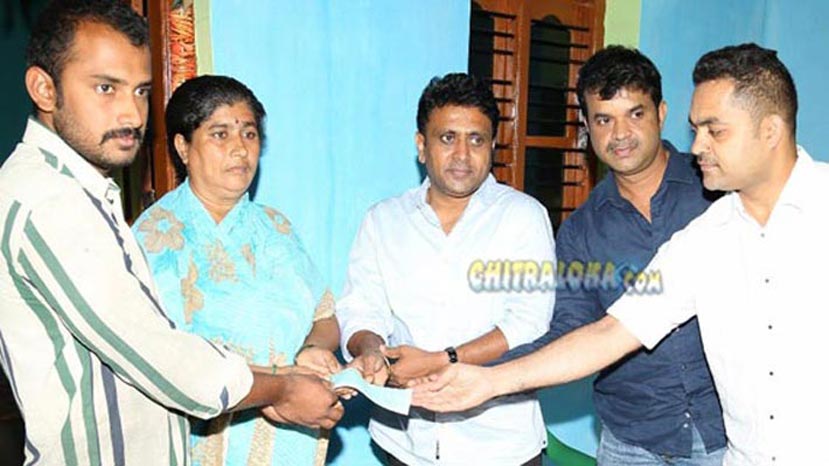 Normally celebrities celebrate their birthday in a grand style. But A M R Ramesh decided to celebrate his birthday differently this time. The director turned actor A M R Ramesh of 'Cyanide' fame recently celebrated his birthday with environmentalist Saalumarada Thimmakka and donated her Rs 25000. Not only that, he even met the families of farmers who died in the recent times and helped them by donating money to them.

'I heard that Saalumarada Thimmakka is in urgent need of money and I have been reading news about farmers suicide in the recent times. So, I decided to donate money for the welfare of them, instead of spending unnecessarily. So, I met Saalumarada Thimmmakka and others and celebrated my birthday with them' said A M R Ramesh.