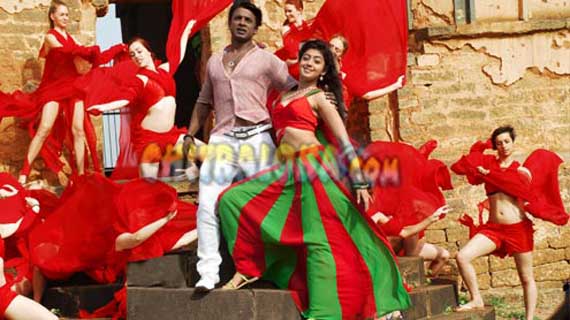 The audio of Shashank directed Jarasandha featuring Vijay and Praneetha in main roles has been well received in the market, according to sources. The beauty is that all the five songs of the film has been liked by the fans.  It is Upendra's  voice  which  has   been  a  clincher of sorts, as  Padhe Padhe Phoninalli has become  the top chartbuster in the audio album.  Not that the other songs in the film is anything inferior in quality, but  it is  Uppi's large fans who are vying for this song in a  big way.

The Hale Hubli Bus stand naage song rendered by music director himself written by Yogaraj Bhat has also become a big hit thanks to the North Karnataka lyrics and the song picturisation.   The other three songs of the film have also become big hits.