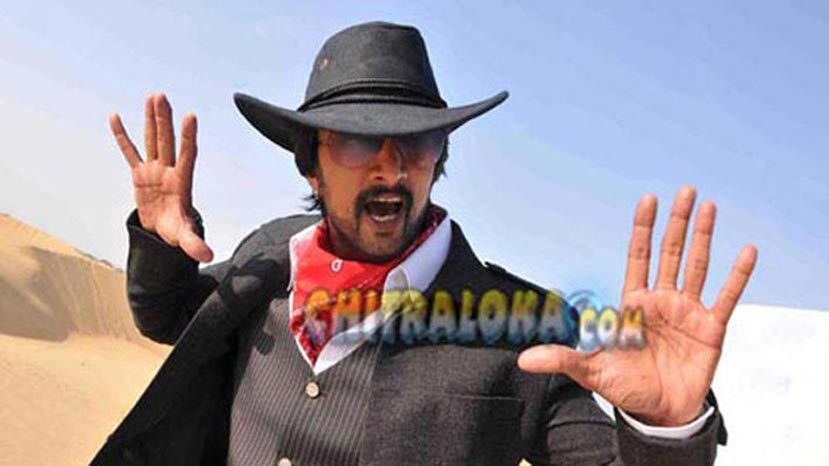 Kicha Sudeepa celebrated his birthday in presence of  a large number of well wishers, fans and film industry friends. He  spent the whole day of his birthday which fell on September 2, the  Friday with his fans who had come from different parts of the state. Kicha Sudeepa was greeted by his fans throughout the day who had brought out their cakes.  The first birthday cake was cut in the wee hours of the morning by Sudeepa in presence of  over hundred fans who had thonged in front of his house in midnight.  Then it was business usual for the great performancer and star when many fan organisations from diferent parts brought out their cakes and palced before the actor.   He did cut the birthday cakes and also interacted with his fans well.

Producer Shankare Gowda and Chiranjeevi Sarja were present in the midnight, while Yogi joined the team a little later. Talking to media,  Sudeepa announced his birthday resolution is to create a new trust in the name of  Kicha Trust which will  work for charitable causes and create a separate fund for financing education for physically challenged younsters and also poor people.  He presented a cheque of  Rs. 25, 000 to to five blind persons from Tumkur   who had come to meet him on his birth day.

" I will reserve five percent of my remuneration to be credicted to the fund of  the trust.  I plan to take up charitable work for educating persons.  I want my fans also to undertake such causes for the benefit of  physically challenged youngsters to persue their education'  said Sudeepa.