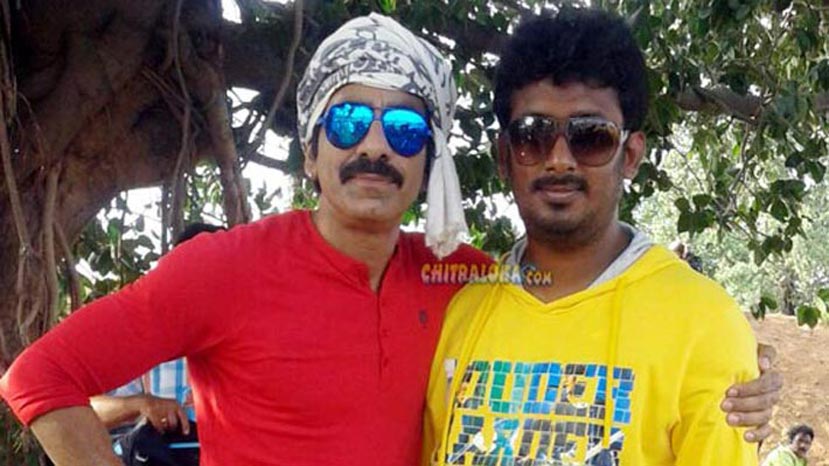 One of Sandalwood's best known choreographers, A Harsha has entered Tollywood. His Telugu debut is in Ravi Teja's Bengal Tiger. Harsha says he is happy to be making a debut on a big film in Telugu. Harsha has been assigned three songs for choreography which shows the faith the film makers have on him.

Harsha however has worked with Ravi Teja before. In his Kannada directorial Vajrakaya, Ravi Teja did a cameo in one of the songs. Harsha is choreographing for the film in Hyderabad. Here are a few exclusive photos from the shooting.