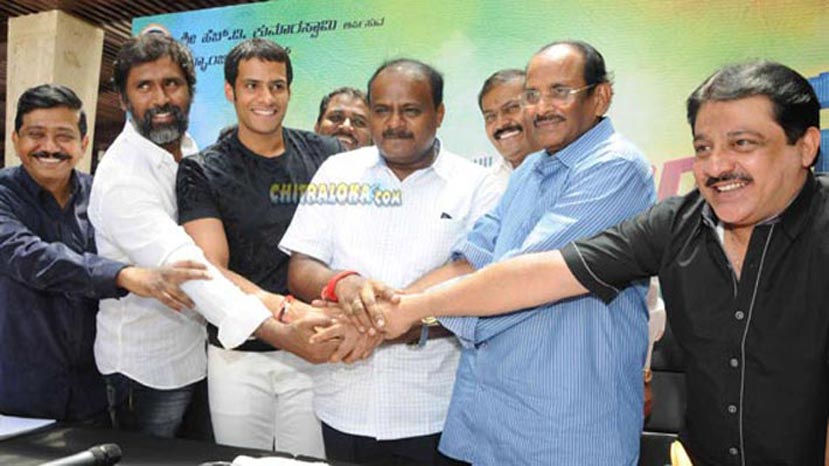 Former Chief Minister H D Kumaraswamy on Wednesday has rubbished all the rumours surrounding his son Nikhil's debut film 'Jaguar'. Earlier, there were rumours that the film will be shot simultaneously in four languages and the film will be made in a budget of 60 crores. But HDK laughs at such rumours.

'Though I have not produced a film for a while, I know the market very well and still now I get reports about films. I have not said anywhere that the film will be made in a budget of 60 crores. The fact is we will be spending what the story requires and the budget is anywhere between 10-15 crores' says HDK.