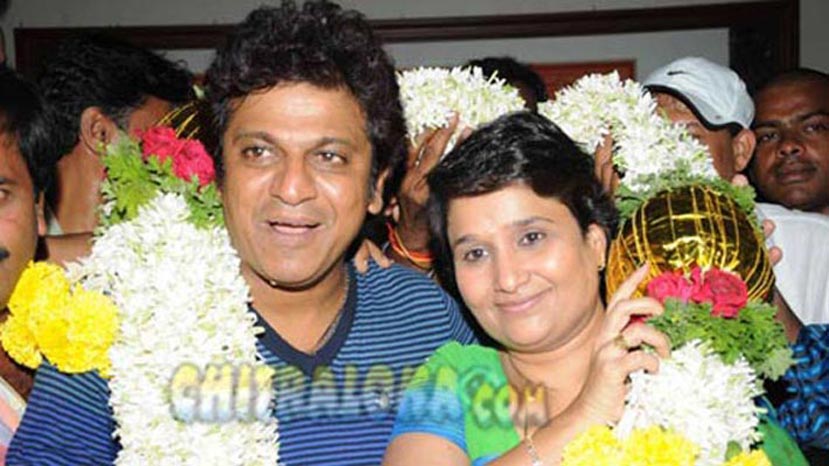 Kannada Super Star Shivaraj Kumar's birthday celebrations started just after the stroke of twelve in midnight on Thursday morning (July 12), when thousands of  the actor's fans who had come all over the state started their frenzied slogan shouting hailing the actor.  A big cake was brought in by the fans of Shivaraj Kumar from Kethamaranahalli, a suburb of  Bengaluru and placed before the actor.  The actor cut the birthday cake and shared a few slices with his family members also.

Shivaraj Kumar wanted to keep his 50th birthday affair as low key, but his fans had other ideas.  They have planned various activities like Blood Donation programmes, helping out Aids inflicted kids and other programmes.

Meanwhile,  Shivaraj Kumar had also organised a Homa in his house. From the morning  many personalities from film fraternity were seen in his house to wish the actor on his birthday.  D.Rajendra Babu, S.V.Rajendra Singh Babu, M.S.Ramesh, Yogish Hunasur, Producer Raveendra,  Vajreshwari Kumar and many other producers and directors wished him on his birthday.