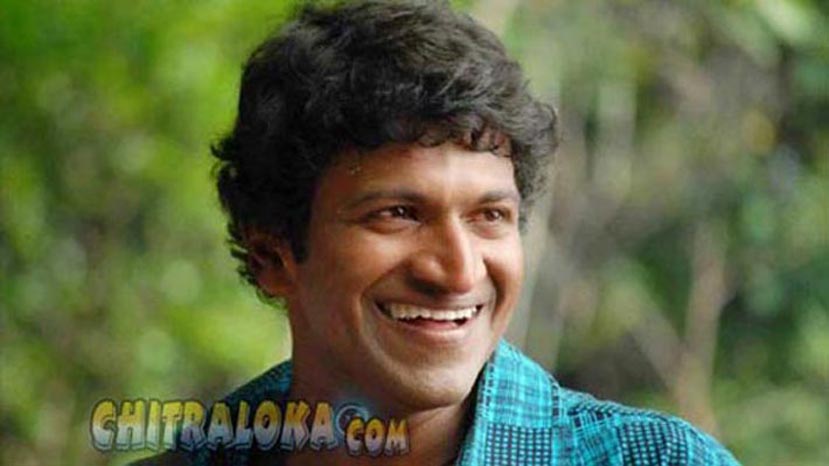 Even as Power Star Puneet Raj Kumar's rendering play back for Golden Star Ganesh for the film "Shyloo' is still fresh in our memory,  the news is that a new song for the Yogi and Ramya starrer Sidlingu has been recorded now with Puneeth Raj Kumar's voice.  This is the second film for which Puneer has rendered his play back for films not featuring him or his elder brother Shivaraj Kumar. Puneet's title song in Shivaraj Kumar's Mylari had become a big hit.

Shyloo is being produced by K.Manju and directed by S.Narayan. The music of the film is by Jessie Gift.  The film is a remake of  Tamil Hit "Mynaa' directed by Prabhu Soloman.

Meanwhile a  one minute glimpse of the Shyloo  song has been upped in you tube by the Anand Audio company now. The Audio of the film is releasing on Saturday,  this 24th September 2011 in Tumkur's  College Grounds.  Ganesh and the film's heroine Bhama is expected to participate in the function along PADA PADA KANNADA PADA" for which the lyrics has been written by S.Narayan is   refreshingly sweeter sung in brighter voice of  Puneet.

For the very first time in the history of Kannada Film Industry that PUNEETH RAJKUMAR gave his voice to a Ganesh Film. It looks like Shyloo will be releasing on the last week of  October or the first week of  November.   Incidentally  Ganesh starrer Maduve Mane may be released after the release of  Shyloo.