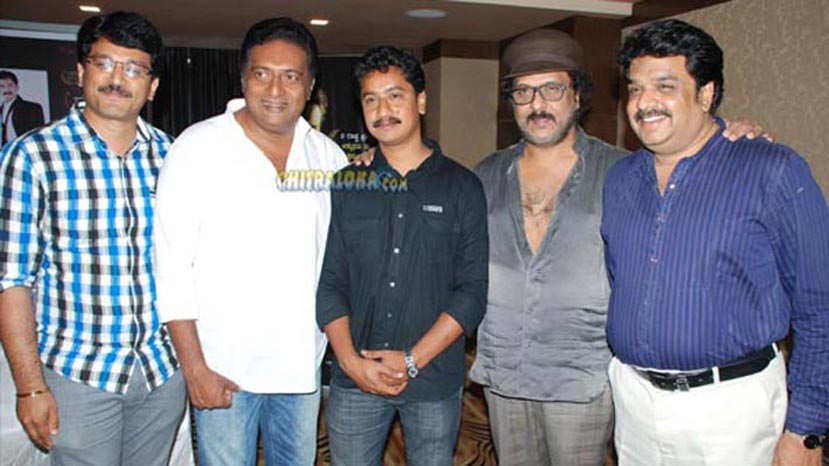 'Sanchari' Vijay who won the National award for best actor for his performance in the film 'Nanvanalla Avalu' was felicitated in Bangalore on Wednesday night at Gold Finch Hotel. The event was organised by none other than actor-director-producer Prakash Rai.

The event was attended by well known actor-director Parthiban, V Ravichandran, Girish Kasaravalli, B Suresha, Jogi and others. The dignitaries felicitated the award winners and lauded not only the awardees for their effort but also about Prakash Rai who had organised such a function.

Apart from Vijay, producer Ravi Garani and director Lingadevaru of 'Nanavanalla Avalu' and 'Harivu' producer Girish as well as director Mansore was felicitated during the occasion.