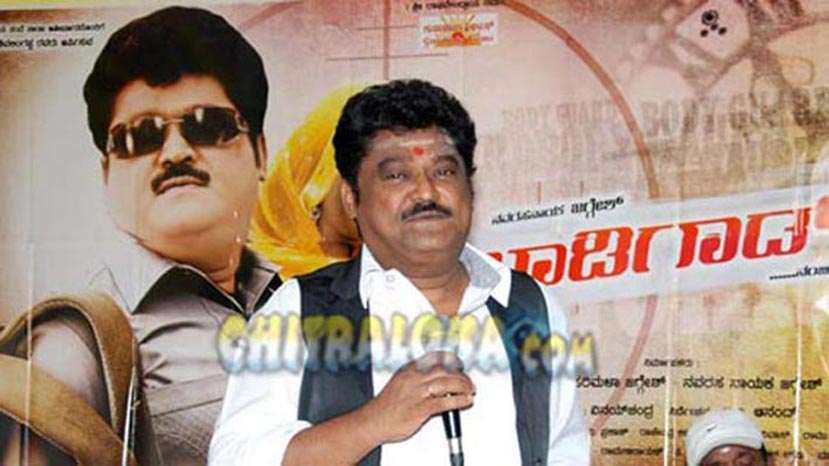 A huge assemblage of artists, producers, technicians of the industry was the highpoint in the audio release function of Jaggesh starrer "Body Guard' directed by Veteran Anand.  Jaggesh had called all his young friends in the industry including Golden Star Ganesh,  Duniya Vijay, Ajay Rao,  Actor-Director Mohan to the function which also saw the presence of  his dear friends from long time Rockline Venkatesh and M.N.Kumar.  Along with these dignatories  Munirathna, the newly elected President of the Kannada film producers association,  Director Nagendra Magadi, Sa. Ra.Govindoo were also on dias along with the film's main artists and technicians.

Well known producers  Soorappa Babu, R.S.Gowda, K.V.Nagesh Kumar and cameraman Ashok Ram were also present along with artists Sadhu Kokila, Bank Janardhan and others. . Most of the  young artists who were present  highlighted Jaggesh's frinedly and helping nature in their speeches.   They also added that they have grown watching Jaggesh's films who was described as a top class entertainer. Ganesh said that he should have seen Jaggesh's

"Tharle Nan Maga' more than twenty times. It was a grand function though the absence of  Jaggesh's friends in the Political arean was quite conspicuous. Jaggesh might have deliberately thought it fit not to invite them to this function.

However his father and father-in-law were present in the function. "Tears rolled in my eyes when I watched Body Guard's original Malayalam version.  I am extremely thankful for my friend Rockline Venakatesh for giving me the rights of the remake version'  said Jaggesh.

The film's producer Ms. Parimala Jaggesh said that the first print will be ready within a few days. The film's music director Vijayachandra thanked his parents for encouraging him to take up music and said his first big break was due to  Jaggesh's confidence in him.