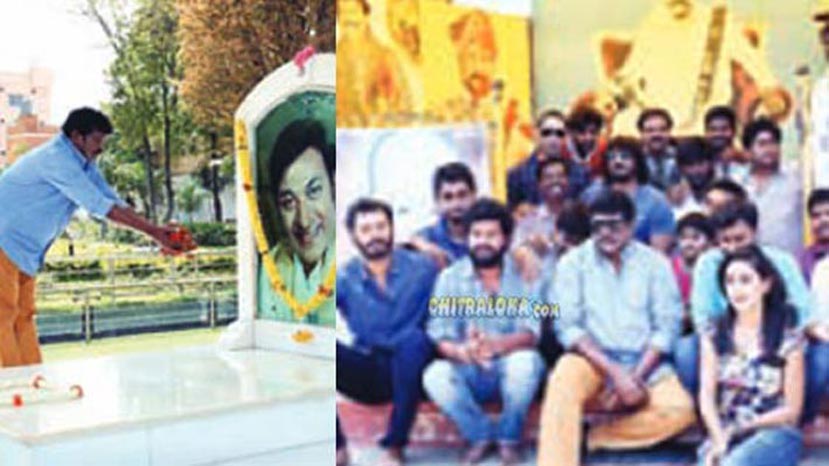 Well know Tamil actor-director Parthiban on Sunday visited Dr Rajkumar Memorial and Dr Vishnuvardhan samadhi and sought blessings. Parthiban was in town for the shooting of his first Kannada film 'Dada is Back' in which he is playing the role of Dada. He was accompanied by director Santhu, hero Arun, heroine Shravya and others.

Parthiban first visited Dr Rajkumar Memorial at the Kanteerava Studios after which he moved to Dr Vishnuvardhan Samadhi at Abhiman Studio near Kengeri.