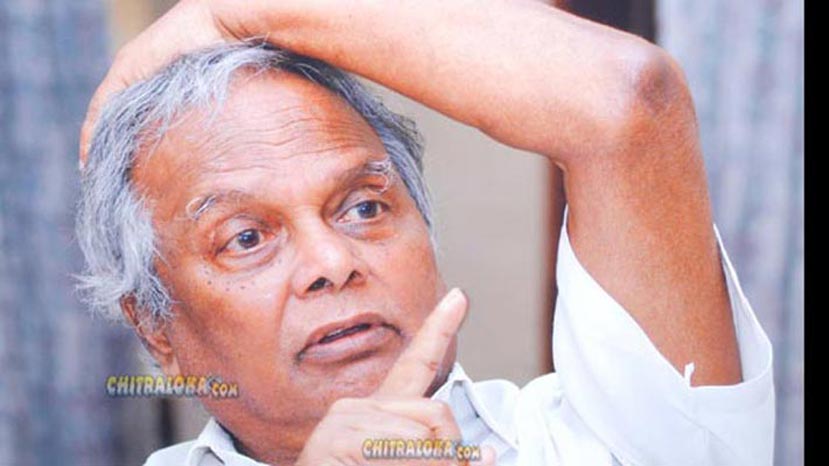 Well known director-producer Siddalingaiah who has been admitted to Suguna Hospital a few days back for ill health is critical. However, the doctors who are treating him have said that his condition is stable and there is nothing to worry.

On Thursday Karnataka Film Chamber of Commerce president Thomas D'Souza along with others like Ba.Ma. Harish, Krishnegowda, Nandihal, Anand P Raju visited Siddalingaiah visited Suguna Hospital where he has been admitted for the last few days and enquired about his health.

Siddalingaiah came to Kannada film industry as a floor assistant and went on to become a well known director in the coming years. His first film as a director was Dr Rajkumar's 'Mayor Muttanna' and Siddalingaiah went on to direct some great films like 'Bangarada Manushya', 'Doorada Betta', 'Nyayave Devaru', 'Bootaiayyana Maga Ayyu' and others. He also turned producer with 'BMA' and went on to produce films like 'Ajeya', 'Prema Parva', 'Prema Pallakki' and others.