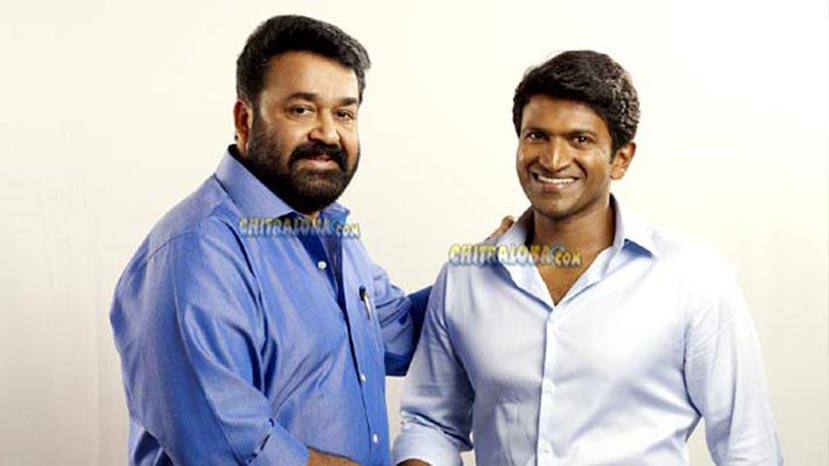 Puneeth and Mohan Lal starrer 'Mythri' which has been highly appreciated by not only the audience but also critics is all set to be releasing in Malayalam shortly. The Malayalam version of the film which is currently in the DTS stage is expected to be released in the second week of March.

'Mythri' is not being dubbed in Malayalam and instead the film is being remade to suit the Malayalam nativity. Sources say, nearly 50% of the film has been already re shot to suit the tastes and nativity of the Malayalam audience. Well known Malayalam artiste like Kalabhavan Mani and others have also acted in the film.

Asked whether he will dub his voice for the Malayalam film like what Mohan Lal did for Kannada version, Puneeth says a firm no. 'I can manage to talk in Tamil and Telugu. But Malayalam is quite difficult for me. I don't even dream of dubbing my voice in Malayalam, because I can't do justice to it' says Puneeth.