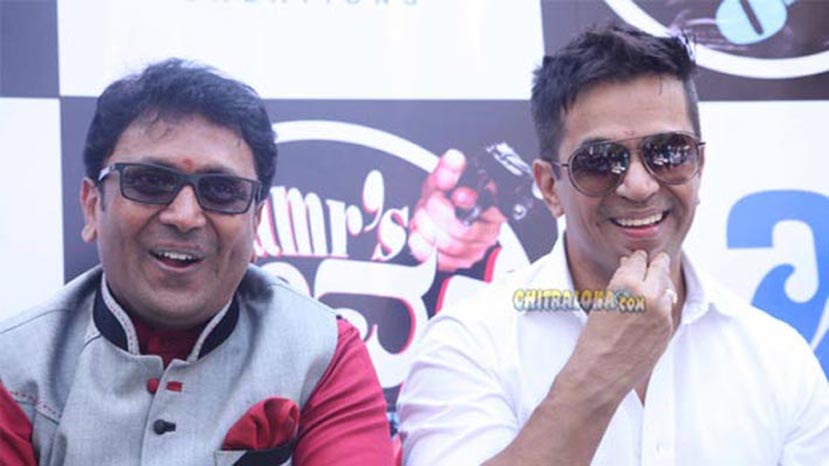 Director A M R Ramesh has said that he doesn't want to invite more trouble by now revealing the story of his latest film 'Game' starring Arjun Sarja and Shyam in prominent roles. 'Game' was launched on Monday morning near the Dodda Ganapathi Temple in Basavanagudi. It was a simple launch and not many celebrities apart from Chiranjeevi Sarja and Dhruva Sarja (nephews of Arjun Sarja) were present during the launch of the film.

Ramesh says that the film is a murder mystery and based on the events which are associated with real life. But Ramesh refused to reveal much about the film or the story. 'I just can't reveal the story now. I have already invited enough trouble during my previous films and I don't want to invite more trouble not go to the court. So, I don't want to reveal the story and I request everybody to see the content when the film gets released. The actual shooting for the film starts in March and we will be shooting in a 30 day schedule. I am planning to release the film by June end' says Ramesh.