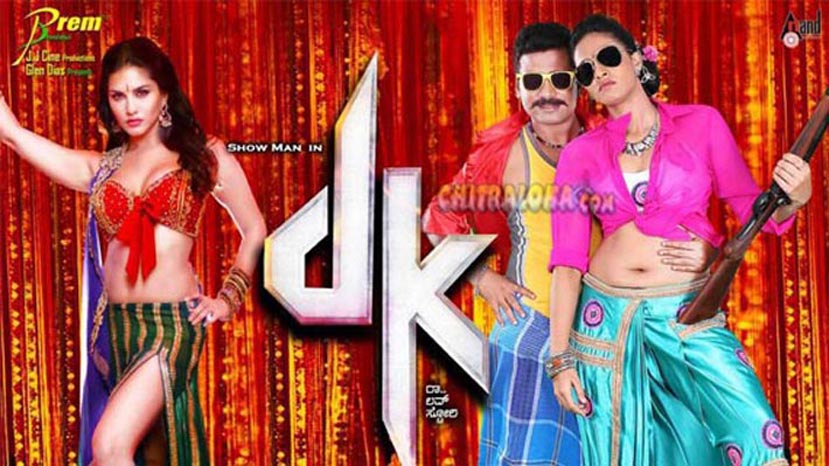 Prem's latest offering DK, which has been in the news for one reason or the other since its launch six months ago is ready for release.

The film was watched by the Regional Censor Board members and passed with a U/A certificate. The film is now set for release on February 13.

The film is directed by Vijay Kampali (Udaya Prakash) and produced by Prem's wife and former actress Rakshita. The film stars Prem, Chaitra Chandranath and has Sunny Leone playing a role. The director has also roped in controversial swamiji Rishikumara to play a role. The film's controversies started with the announcement of the title. It seemed like a reference to politicians HD Kumaraswamy and DK Shivakumar. But Prem denied any links.

After the roles of Sunny Leone and Rishikumara, the next controversy was about the song referring to Narendra Modi, Sonia Gandhi, M Karunanidhi and J Jayalalithaa. Four singers turned down to sing it until Hemanth did the honours. The five songs have lyrics by Prem and Sudharshan while Arjun Janya has scored the music.