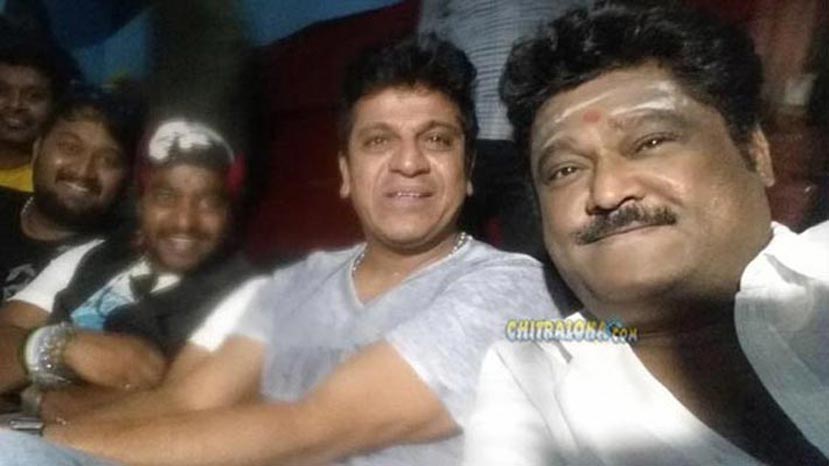 Actors Shivarajkumar, Jaggesh and others watched 'Siddartha' on Friday at Kapali Theater in Bangalore and praised not only the film, but also Vinay Rajkumar and the team of 'Siddartha' for their efforts in making this film.

'Siddartha' got released to packed houses on Friday and during the morning show of the film, Jaggesh was present to watch the fourth generation of Dr Rajkumar family on screen. Later during the interval, Vinay Rajkumar's uncle Shivarajkumar also visited the theater and watched the film.

Apart from Jaggesh and Shivarajkumar, many from Dr Rajkumar's family was present at the show and cheered for Vinay Rajkumar.