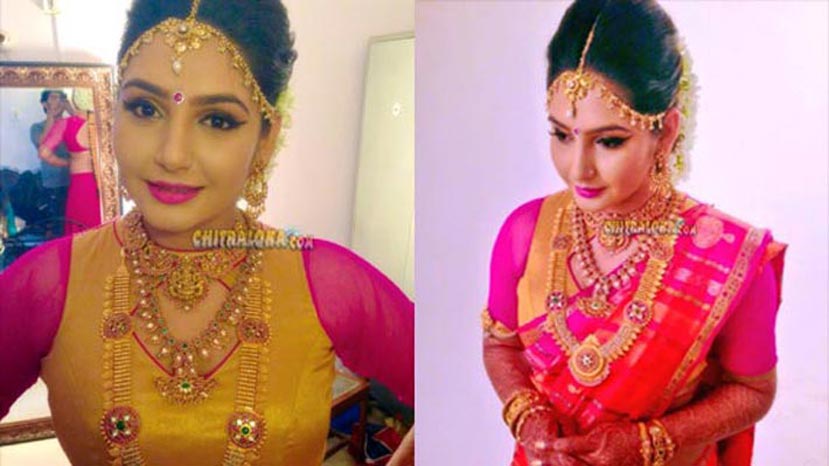 Ragini Dwivedi can take on different roles and looks with ease. The romantic heroine who has become an action queen in recent films has now gone back to having a traditional look for a private event.

Dressed in a silk saree and adorned with loads of gold jewellery, the actress feels the look is more like the classic film Baddi Bangaramma which made Uma Shivakumar a household name. The actress meanwhile is basking in the success of her recent release Shivam. Her role as a special agent 'Snake' has been appreciated by fans. The character plays a pivotal role and critics have called it the 'second hero' role in the film which has Upendra in the lead.

Ragini's Baddi Bangaramma role however is for the Times Asia Wedding Fair for which she has signed up as the brand ambassador.