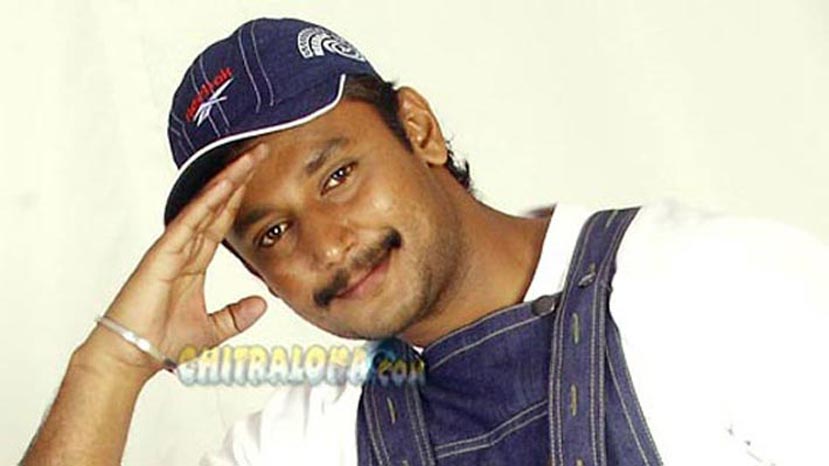 The  major section of the television, print and web media and  a couple of women organisations are pouncing on Darshan and describing him as a Cantankerous person who did the most heinous crime of attacking his wife and injuring her, but some of  the media platforms are trying to dispassionately assess the situation.  But one segment which is strongly backing the actor and who are praying for the relief to Darshan are  his  ardent fans who  are bombarding the micro blogging websites like face book and twitter with their support to the actor.

Frankly many of the fans  seem to be in a denial mood. And  they are highlighting many  positive features of their favourite star and terming the present development as a  shocking  incident that happened when the times were bad for their  most favourite challenging star.

Chitraloka Mega Portal which is reporting the Darshan incidents in an objective manner has also been criticised by some fans of the actor for highlighting issues which have been negative.   But  many of the D fans are telling that the portal is not portraying the Challenging Star as a villain and has reported incidents as it is happening and uncovering.

To set the record straight,  It was Chitraloka Portal who described Darshan as a Sultan of Huge openings in the Kannada film industry. Darshan fans should also know that the portal has given wide coverage to  many of Darshan's films including his forthcoming film Sarathy for which the audio release got a fantastic response. The portal also wants  Darshan to come out of all his problems and serve the industry in future also as he is one star who has been liked across all the frontiers of  Karnataka.

Some of the notings in the face book are really touching.  I am giving below some of  the notes for the benefit of  Darshan's fans in the Kannada film industry and outside who can have a glimpse of these notings and feel happier.

Darshan Acharya Prince,  an ardent fan of  Darshan  writes below about an incident that clearly gives an idea about how  the actor loved Animals.  His notings in face book is as under.

The man who has not hurted any animal ,how can he hurts his own wife and child......

I will tell one Incident happened just 20 days before...... After meeting him in his farm house personally we admired him a lot....Personally i felt that he is the most simple and down to earth person living on this earth and that too he is a celebrity...... ,two days later DARSHAN sir came to Bangalore in the morning..he got a call from farm house that one of the horse in the farm house is sick....He just went to Mysore in the next minute after the cal......after giving the full treatment to that horse he left the farm house......

This shows how kind hearted he is.....The way he is living his life is too simple....

I had a good times spending with DARSHAN sir...He always gives respects to elders and also to the younger ones....He is the only actor who interact with all the fans who will come to see him......He interacts with them nicely....The way he treat his colleagues is unimaginable...THE MAN WITH PURE HEART - DARSHAN THOOGUDEEPA

The most touching one comes from a fan called Punith Darshan

BOSS WAITING FOR YOU PLEASE COME BACK SOON WE ARE FEELING VERY BAD WITH OUT YOU PLEASE GOD HELP OUR BOSS PLEASE WHY GOD YOU ARE DOING LIKE THIS TO BOSS,BOSS IS VERY VERY GOOD PERSON WE ALL BEG YOU GOD PLEASE SOME HOW HELP OUR DO NOT GIVE TROUBLE TO HIM BOSS SHOULD BE HAPPY IN LIFE

There are many notings about  Darshan's next release  "Sarathy' which has been a hugely expected film for Darshan fans.

THE COMBINATION OF "DEADLY BROTHERS - - DARSHAN THOOGUDEEPA and DINAKAR THOOGUDEEPA " HAS MADE SAARATHEE A HIGH EXPECTED MOVIE IN SANDALWOOD........A SOURCES FROM INDUSTRY SAID THAT IT WILL BE A BIGGEST BLOCKBUSTER AS THE FILM HAS COME VERY WELL....DARSHAN SIR WILL HIT HARD AND I AM CONFIDENT THAT IT WILL BREAK ALL THE RECORDS OF SANDALWOOD'

Surprisingly many female fans of  Darshan have also been writing letters in favour of the star.  They are also prepared to undertake fast till Darshan is released from Jail.

Already three of Darshan's heroines had participated in a special programme of a Television channel to say  that the actor is the most decent human being and they were really surprised to know about the unsavoury incident.  Deepa Sannidhi of Sarathi, Deepika Kamaiah of Chigaari and  Shirin of  Dhruva and Bhoopathy have spoken high of Darshan and have prayed for his early release from detention.