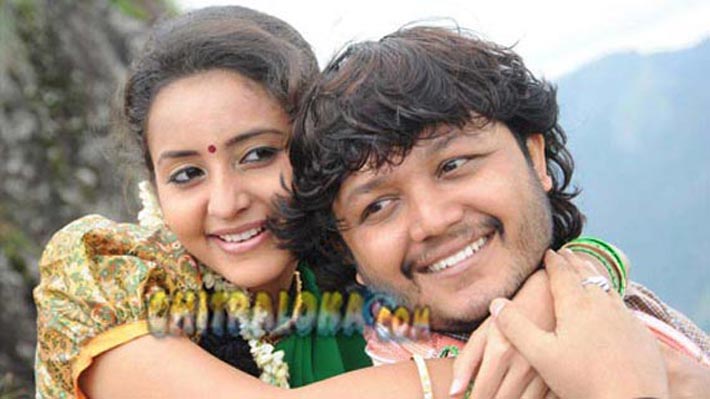 The audio album of  S.Narayan directed  Shyloo starring Golden Star Ganesh and Bhama was released in Nehru Grounds in Tumkur in presence of a big gathering.  Ganesh's fans had come from different parts of the state to greet their favourite star  and even purchased the audio by offering prices ranging from Rs. 500 to Rs. 1000 per one album. The audio release event was held on Saturday night.  Fans from Gulbarga, Hassan , Belgaum and other parts had come to  Tumkuru  in large numbers.    A big contingent of  Ganesh's fans had come from Bengaluru and Mysore.

The audio has been released by  Anand Audio has a special song rendered by Power Star Puneet Raj Kumar.  K.Manju is the producer of the film.

Ganesh was touched at the support rendered by his loyal fans  and said that they are responsible for his stature in the film industry.   He hugged all his fans who had come to the dias to pay Rs. 1000 for puchasing one single audio.

"It is with the support of people like you that I have become a big hero.  Many years ago I was greeeting all of you by telling Namaskaara three times for a programme. But today your love has made me to stand here and see how all of you love me' said Ganesh in a emotionally choked voice.

S.Narayan said that whatever money is collected throuh the fans over payment for purchase of the audio will be used for social causes.