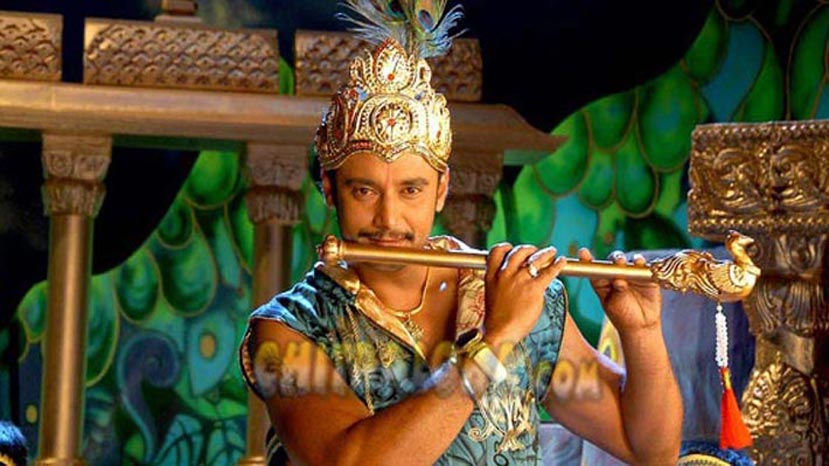 Darshan starrer Sarathi is getting released amidst huge expectations from fans and also film industry personalities who want the film to open  with big collections.  The release date has been fixed on 30th September after the Censors have issued a U/A certificate for the film with a minimum of two cuts in the form of muting the dialogues.  The Censor Certification process was delayed only because the Animal Board's clearance was awaited which was released on last Saturday. Censor's have not made advised any big cuts, but has just muted two dialogues which would mean that the breath taking action sequences would be kept intact.  The action sequences in the film has been shot quite exquisitely in the film. The songs which have been aired in the channels have also obtained huge level of appreciation.

Though some people in the trade are little apprehensive about the release of  four big films one after the other which may affect the collections of  the biggies,  all of them are certain that  Sarathi will take a huge opening when it is released on September 30, at Narthaki where several  of Darshan's big hits like "Kalasipalya',  "Gaja'  have run for more than one hundred days.

Producer Sathya Prakash and the film's director Dinakar says that the film will be a big feast for D fans. Surprisingly most of the trade analysts feel that the recent shocking incidents that happened in Darshan's real life and his subsequent detention  may not affect the initial collections of  the film.   'The film will run or not run because of its merit and content.  These extraneous considerations does not affect the film in a big way'  says an industry analyst.  There are also  some people who are of the view that  the  recent  incidents may  add  little  bit  of sympathy factor  for  the  film. Meanwhile the D Company friends group in face book have made a survey in four to five cities of the state,  the results of  which have  given a positive thumbs up for the film's huge success.