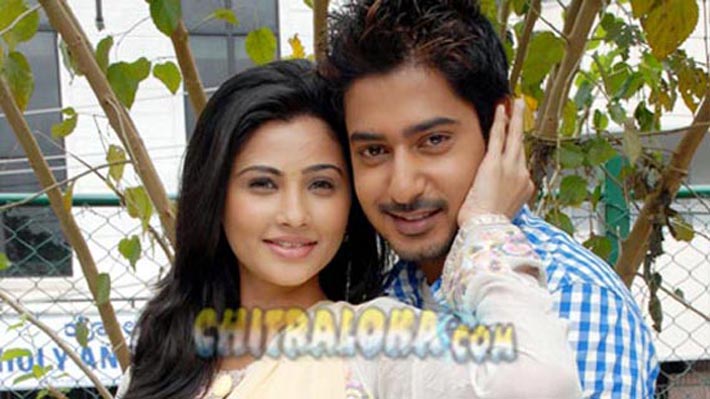 Prajwal Devaraj and Daisy Shah starrer  Bhadra has completed fifty days run in six theatres in the state.  The film's success has boosted the confidence levels of Prajwal and its director Mahesh Rao for whom Bhadra was the third directorial venture. The film's producer M.N.Kumar had organised a  press meet to celebrate the success of  the film  on Monday evening. Bhadra is the remake of Telugu film Ranam which had Gopi Chand in the lead role.

Prajwal said that he had desperately needed a hit in this crucial stage of career which was accomplished with a total entertainer like Bhadra.   He thanked producer Kumar and director Mahesh Rao for this happier tide in  his  career which enabled him to get a little more confidence.

Director Mahesh Rao  said that one thing that is mainly  responsible for the film's big success is the excellent team work of the whole team and the huge level of support he had received from the film's producer Kumar.   "I am happy to say that I am standing here today beaming with a smile mainly because of  Kumar's involvement in the film. Kumar used to sit with us discussing many things like casting and many other things.  Prajwal perfectly matched the requirements of the role and was co-operative throughout the shoot of  the film.  I should thank all my technical team and artists' said  Mahesh Rao. Kumar who is lucky enough to release many successful films through his office including  Bhadra, Lifeu Ishtene and Kalla Malla Sulla (he is the distributor for the Mysore area where the film is reported to be doing well) said he had decided to remake the Telugu film in Kannada after seeing the original for the first time.   He said that he had a great association with Actor  Devaraj, father of Prajwal  with whom he had produced a hit film like "Police Belt'. 'Now I have made a hit film with his son Prajwal Devaraj.   The success of  Bhadra is more sweeter because of my associaiton with Devaraj's family' said Kumar.

Devaraj said that success of any film provides tonic to the people working in the film.  He was happy that Prajwal has delivered a hit after a gap of four years. The film's heroine Daisy Shah also attended the function, but she came a bit late. The film's cameraman Jai Anand,  Music director Sri Guru, Editor Srikanth Thenginathota,  Colour grading technician Rama Murthy, Lyricist Gaus Peer were also present during the function.