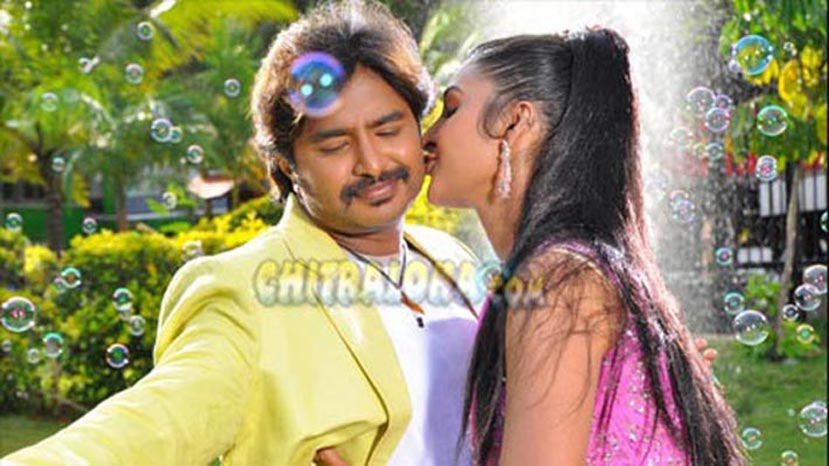 It would be difficult to classify a film like Paper Dhoni into any genre.  The film starts off with a local incident but  moves  out to National and International Centre Stage.  It takes up several issues including terrorism, poverty, illiteracy, corruption and  goonda culture and what not.

When the audience  come out of the theatre watching the film,one thing that is sure to haunt them is the level of amateurishness shown by the first time director  R.K.Nayak  who tries to give solutions to all the problems providing the world.   And certainly he is not well equipped to take on these issues and weave a credible story.  That become amply clear as the film moves on.  To your surpise you would see the same level of immaturity  in sequence after sequence and even the dialogues do not look fresh   They have been oftrepeated in many times before.

Coming to the positive elements in the film, it has to be said that Naveen Krishna has tried hard to look convincing in his role.  But the tragedy is that  his characterisation is so weak and the story is totally illogical.

The story is about Chethan who is a rag picker wants to find solutions to the world through some software technology.  He dreams big and wants to build an empire like Microsoft.  He dreams  to cleanse the society.  IN his dreams, Chethan would  become a software engineer heading a company which provides laptops to students and needy farmers  just for Rs. 2500.   This idea is initially laughed off, but even the ruling government is amazed at the way he is offering the laptops at a lower price.

This success trigges an ambition in his to solve all the problems faced by the world. including in Somalia, Ethiopia and what not. In the process he meets greedy politicians,  fake godmen , international terrorists and scores of anti social elements.  How Chetan deals with the problems faced by him and world forms the rest of the story. The story itself is confusing, but the narration is still torturous. The whole thing ends up as a dream.

As earlier said Naveen Krishna shows his talent as an actor.  The heroine Shantala does not have much space to perform and is seen in two songs.  Avinash and Vinaya Prakash do not have any clue about their roles.

Technically also the film is  poorly mounted. Jai Anand who showed promise in films like Bhadra and Murali Meets Meera does not show any traces of his creativity as a cinemetographer. The music is average.

Paper Dhoni is one film you can easily avoid.