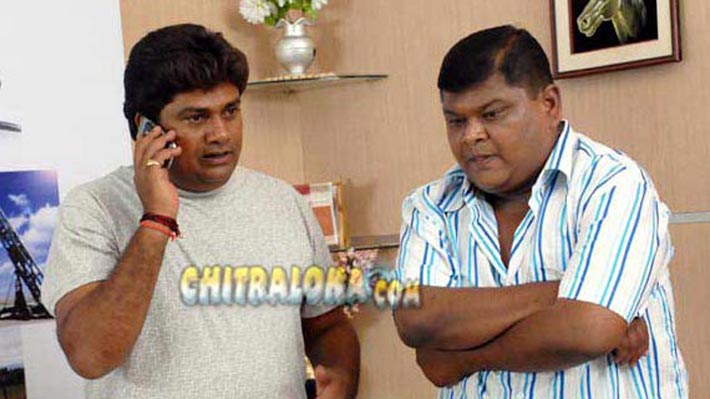 This film would be the envy of many. More than 100 character actors including some of the top stars of Sandalwood make an appearance in Ithalakkadi. This film has the unlikely combination of Rangayana Raghu and Bullet Prakash along with Neetu in the lead roles. This in itself suggests an out-and-out comedy. And the film does not disappoint.

Stars like Ravichandran, Jaggesh, Sudeep, Vijay and Vijaya Raghavendra appear in guest roles. Their roles are so well spaced that Ithalakkadi runs like a star trip. The film is also very fast paced and with numerous comedy stars from Omprakash Rao to Sadhu Kokila and veterans from Dingri Nagaraj to Beeradara it is one funny take after the next. The film also has its share of sentiments, drama and melodrama, making it a complete entertainer.

Rangayana Raghu dream is to become a film director. But the difficulties of the film industry mean that he remains an associate for many years. The income from the film industry is not enough to sustain himself. So he does odd jobs like cooking for marriages. Bullet Prakash comes to Bangalore to make it big and joins Raghu. The duo encounters one difficulty after the other. Raghu finally gets his big break but falls into depression due to a personal problem. How he manages to emerge from the difficulty and becomes a big director forms the rest of the story.

Helping the film's flow is the excellent music. The songs are simply superb and sure to be big hits. Though there are numerous characters, the story is not crowded. Ithalakkadi is a film that should not be missed.