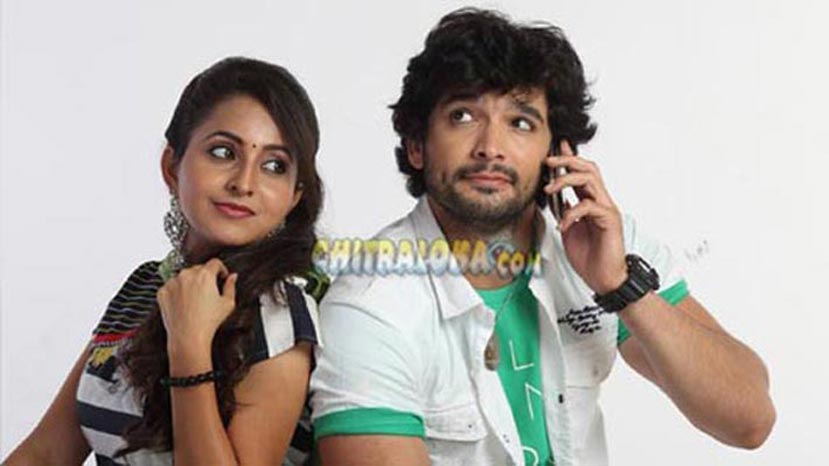 As the title itself suggests, 'Burfi' is a sweet love story with lots of entertaining factors in it. 'Burfi' tells the love story of a Mangalore youth and a Punjabi Kudi. Diganth plays the Mangalore youth who falls in love with Punjabi Bhama through a matrimonial website. The duo start loving without seeing each other. Soon Diganth comes to know that Bhama is basically from Karnataka who is settled in Punjab and his love for her increases. Meanwhile, Diganth gets a chance to work abroad and before going abroad, he lands in Punjab and meets Bhama's family. Just when everything is smooth, Diganth disappears mysteriously. Where does he go and what happens to him forms the climax.

'Barfi' is a beautiful love story set in the backdrop of terrorism. The film has shades of 'Beladingala Baale' and 'Yaare Neenu Cheluve'. The film is rather slow in the first half, but gains pace in the second half of the film. After then the film is a smooth watch. Thanks to a good screenplay from Shekhar apart from good songs by Arjun Janya and cinematography by Gundlupete Suresh.

Apart from the technical aspects, the film has some good performances particularly from Diganth and Bhama. Dilipraj, Suchendra Prasad, Pavithra Lokesh, Sudha Belawadi and others give adequate support. Samyukta Belawadi and Harish Raj has nothing much to do in the film. Indrajith Lankesh turns a full fledged actor with this film.