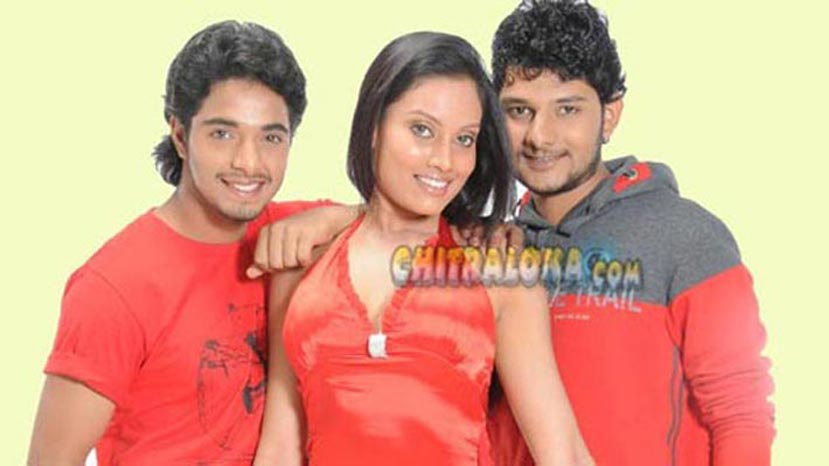 Mandahasa has hit the screens today after a rather long delay. The film is a love-triangle with a difference. The difference however is only revealed as a suspense twist in the interval which comes as a surprise. Mandahasa tries to be a light-hearted romantic film. It falls short of this expectation. Overall though there is some novelty in the story, there is nothing overtly special in the script. Those who have seen Ravichandran's Sriramachandra will definitely think that Mandahasa is a diluted version of that film.

The film starts with the arrival of two friends at a resort. Here, Rakesh meets Chetan and asks him the reason for his sad situation. Chetan tells him his love story. But what he reveals at the end of his love story shocks Rakesh who falls down unconscious. From here, the story is about what really happened to Chetan's love story and how Rakesh can help it. Or was he more than just a passive audience to the story? The story is interesting. But the screenplay lacks the playfulness required of a youth film. It pretends to be a serious film which with the young actors was never suitable.

What works for the film is Santosh Rai Pathaje's cinematography. The backwaters of Chakra Dam and other places are shown beautifully through the eye of his camera. The locations are another plus point. Veer Samarth score a different kind of melody both in songs and background. Among the actors, Rakesh Adiga is a known face while Chetan and Nikki are new. The two are good enough considering they are new. But more was expected and their performances could have improved even the film a big deal. Apart from them Srinath, Mitra and RG Vijayasarathy are adequate in their roles.

Mandahasa is a decent youngster film.