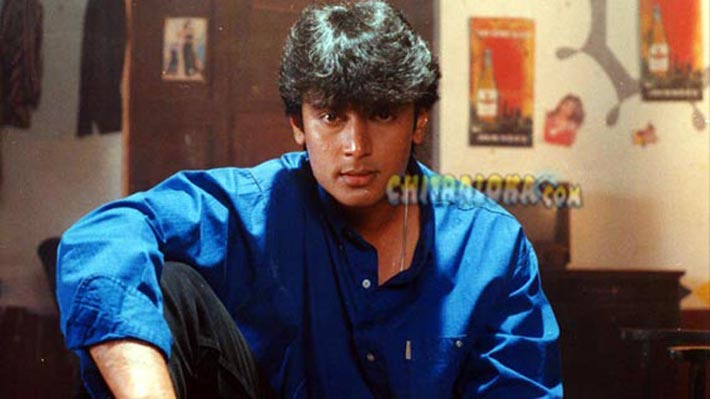 At last the film bearing the title ‘Majestic’ – the gateway of Bangalore – is released with realistic approach. Debutant director P.N.Sathya makes this stylishly, touchingly and convincingly. The story, screenplay and selection of artistes and technical team have come to the help of director to reach his goals. ‘Majestic’ is not like all other rowdy’s films. This film is interspersed with sentiments, the stark realities of life, how does it impact on the young brains, the aspect of truth and loyalty, how the vicious circle of rowdies bounce back when they reform, how the society looks at rowdies – all rolled in to ‘Majestic’ director Sathya gives a dashing reply for his own questions. What could have been avoided is the regular use of ‘Longs’ and brutal attacks. We are living in the society that we want it always to be harmonious. Frequent films of this kind lead to disturbance on the growing brains. The message is not taken for granted in this film.

Orphaned out of circumstances the young boy grows under the shadow of corrupt and careless cops. He gets the name of ‘Dasa’. After fifteen years he is the highly respected goonda element in the society. Deshakobbane Pradhani, Rajyokkabane Mantri and Rowdygaligobbane Rowdy avane Daasa (played by Darshan). He deals anything dexterously. Even though we don’t know where he did his education he has the capacity to utter Sanskrit lines. He takes the blame of lock up death from inspector under whom he is growing dangerously. While the inspector becomes DCP, the elite prostitute only on request that he would not touch rowdism once again frees Dasa. But at what cost he got freed from prison irritates Dasa and he hunts down the rascal sub inspector. Now we move on to the aspect of ‘love’.

People in the society hate Dasa the talk of the town. In one of the cases Dasa’s henchmen encounter the heroine of the film ‘Kiran’ and she mouths very badly on Dasa. This reaches the heart of Dasa and he is on a different deal this time. He decides to enact a love drama and later ditch Kiran. He is now in a new avatar. His ugly teeth, the gory eyes, the bearded face all change and soon in front of the college gate where Kiran is studying. He picks up a street dog humiliates it (if Maneka Gandhi watches this scene, definitely she sues the producers) and earns the gratitude of Kiran to take the dog to the hospital. Later on it is one-way traffic of love is what we believe but it becomes a two- way traffic. When you feel the Kalyanotsava is on you are surprised to see the killingotsava of would be couple. Kiran the daughter of DCP under his shade Dasa has grown up is furious. So is Dasa who is Prajwal now for DCP’s daughter. The pent up frustration reaches a boiling point and Dasa pierces the knife to the stomach of Kiran on learning that she hates him. But it is not actually so. Kiran begs with Dasa to save her so that they could lead a good life but DCP Jai Jagdeesh is a horrible man. On the other hand is the rabble-rouser Vadde Naga the long time opponent of Dasa waiting to quench his thirst. Dasa with Kiran on his two arms barges to the hospital. On his way he finishes off Vadde Naga and gang but before he takes Kiran to the hospital DCP wants to settle his score in the rainy atmosphere. Dasa is brutally killed and he goes on the way Kiran went.

Making debut as a hero Darshan is delectable. In the first half he has played a psychopath and in the second half he looks more decent and touches the heart. His agile look and lanky height is a bonus. Definitely yet another hero in Kannada cinema has shown promising skills. Had his father been alive to see this day, he would have been extremely happy. What our beloved Toogudeepaji had given from so many films, his son has given in one film. Such is the variety for Darshan in this film. Good going Darshan Keep it to the height of stars in the sky. This is no doubt a ‘Darshan’s ‘darshan’ on the screen.

Rekha continues her angry image. She is not a glamorous doll. Vanitha Vasu and Jai Jagdeesh fit the bill to ‘T’.

The cinematography is convincing. At places the camera does not fully cover Darshan’s tall height. Only one song is passable.

The gripping narration and equally wonderful performances makes this film a watchable.