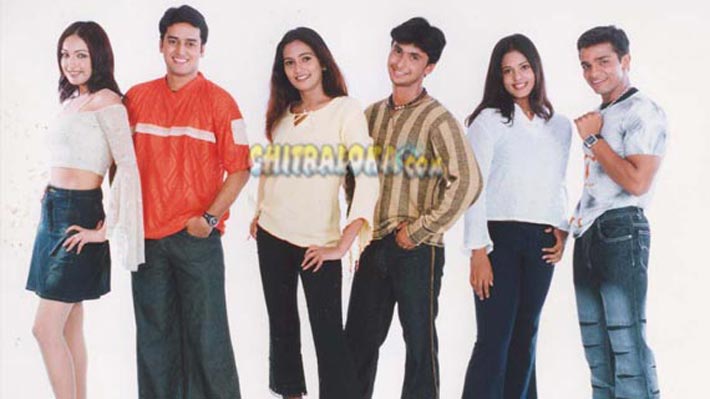 When childhood dies, its corpses are called adults and they enter society, one of the politer names of hell. That is why we dread children, even if we love them. They show us the state of our decay. In a nut shell this is all about the film and the two vital characters played by Ananthnag and Avinash also throw light on this particular issue.

Debutant director Prakash gives much more than the concept he holds in a two and half film. He is diligent in all areas of this film and it does not appear that he is wielding the megaphone for the first time.

He shows what is adult – a child blow up by age. At the same time he gives a solid message that if you are wayward throughout what difficulty you have to pass through. He makes the trio to realize what their strict parents Ananthnag and Avinash are up to what they are. A child should not be denied a balloon because adult knows that sooner or later it will burst. He has packed this in his maiden movie in a thought provoking and fun filled style.

The elders are apt elders in this film. Being business tycoons who know finer investment for any community is putting milk into their babies. The fundamental defect of fathers is that they want their children to be credit to them. But boys are also real boys in the film. After milk they get hold of alcohol and burn their days. This situation reminds a saying that the kids in England are disillusioned with having too little and in America they are disillusioned with having too much.

The right thing happens with affluence not coming to their help. They meet the demand of their parents and in right spirit they rejoin the family.

Harish and Tarun are the two new finds steal the show. Vijay is like Rahul Dravid of Indian cricket. He has churned out emotions very well. A and A are apt. Madhuri fails to attract. Sindhu is average and Chytra is chilling on the screen. The beautiful mother Chitra Shenoy is convincing like Kishori Ballal the permanent grandmother on Kannada screen.

Right things happen at right time for right people. For this Gurukiran music is also an addition and of course the camera work of Mathew Rajan.

It is a colorful film made sensibly.