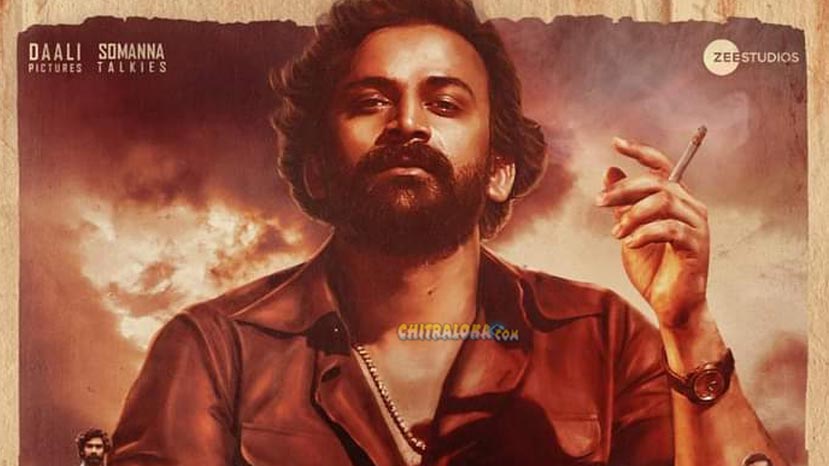 A perfect blend of class and mass

The saga of Bengaluru's first underworld don gets a biopic series and the first part of Head Bush sets the stage for it perfectly. Combining the narrative finesse of Agni Sridhar's writing and the powerhouse performance of Dhananjaya, the film hits the bulls eye with its fast pace and a racy no-nonsense approach.

Even though this is just the first of three parts, the film has a whole story in itself. It is not just about the rowdyism of MP Jayaraj, but the entire political situation of the State and country that Agni Sridhar manages to bring to the table. The social undercurrents of the 1970s when the deprived castes asserted their political power is given a cinematic touch.

What stands out in the film apart from Sridhar's writing is the raw energy and powerful performances of Dhananjaya especially and the ensemble of actors who make up the supporting cast. Loose Mada Yogi's unassuming act, Vasishta's presence, Devaraj's class act and Raghu Mukherjee's nuanced performance adds to the film's appeal.

Though there are dozens of important characters, all of them get their chance to come to the forefront. Even the two important female characters played by Shruti Hariharan and Payal Rajput get their moments of glory.

The film briefly dwells with the childhood of MP Jayaraj and his friends; chief among them are Samson and Ganga. The entire film can also be looked at from the angel of this friendship between them. From another angle the film is a political drama as well as they become pawns in the power play between Urs, the chief minister and his opponents in the Congress party.

So if you like politics and political history there is a lot of interesting details in the film. Even if you don't like politics this film has enough interest generating cinematic excellence to keep you hooked.

Apart from the fine script and performances, the technical work will appeal to audience. Badal Nanjundaswamy manages to create the perfect 1970s environment with his art work. Charan Raj scores another success with his music while the cinematography by Sunoj captures the space of nostalgia to perfection.

This film is a perfect blend of class and mass and a worthy addition to Dhananjaya repository.