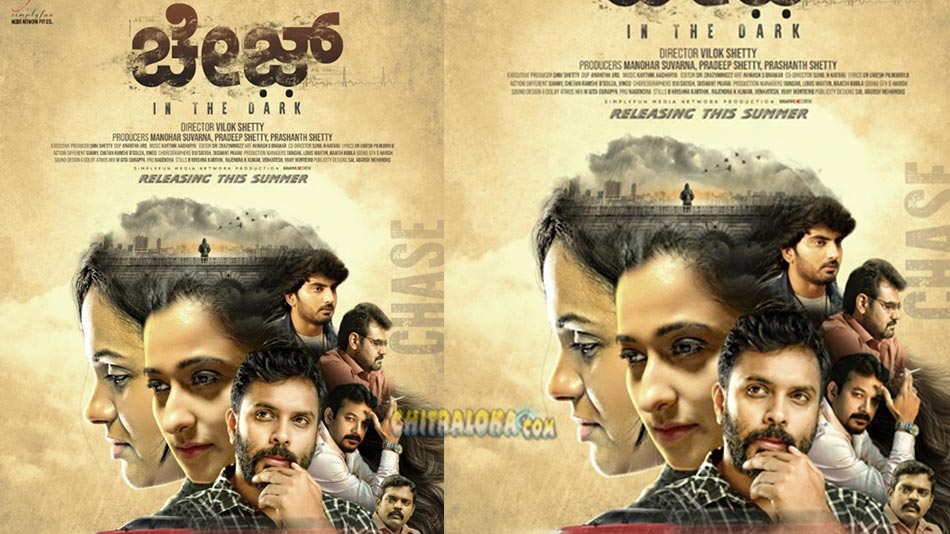 A thriller to the core

A seemingly chance comprehension of an accident by a visually-challenged former turns out to the catalyst for a chain of thrilling events and a life-changing experience for everyone involved. Seems like a plot too good to be true. But first-time director Vilok Shetty has pulled off an impossibly good whodunit, a mystery that manages to keep the audience at the edge-of-their-seats for the most part.

What's also special about the movie is the characterization of the ensemble cast. Unexpectedly many actors have their real names for the roles, but the way in which the script provides them a solid platform to perform is commendable.

The visuals, attention to detail and technical sophistication makes Chase not only a smart film but appealing as well. Special mention should be made of the cinematography which is one of the highlights of the film.

It is also the solid performances of these dependable actors that keeps the film interesting. It would be a travesty to reveal any more of the plot without playing spoilsport. But rest assured that this is a good enough film for the Kannada audience to make their journey to the film theatres.

When the film begins with a blind former cop and two seemingly unrelated crime sequences, the mind obviously wanders to Blind Korean waters and its Indian inspirations. Shetty has made it his own story adding several personal touches and local nuances. What does not gel are the songs (though individually good) and comedy which seem forced.

Overall Chase is one of the films that will pay you back with entertainment and fulfilment for having visited the theatres. A thumbs up to the team.