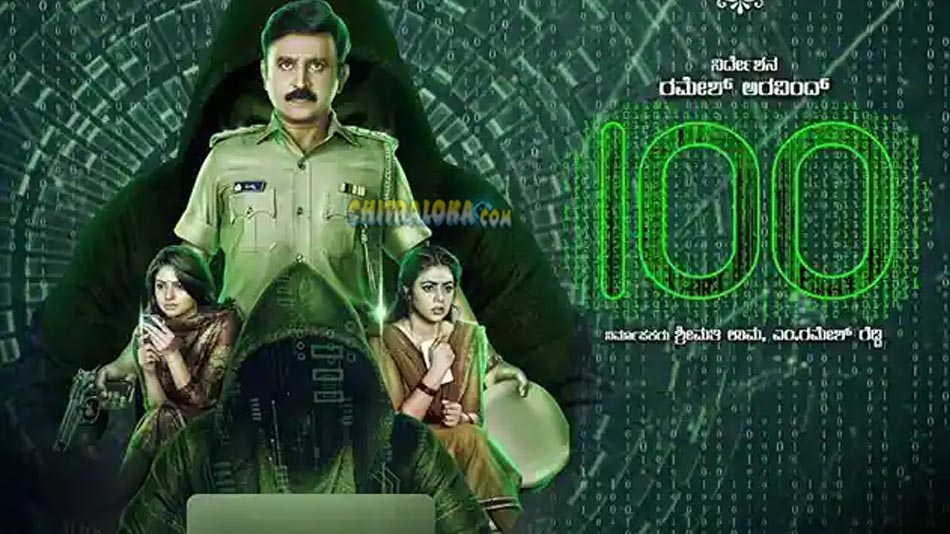 Entrapment as a movie theme needs a watertight script and a convincing narrative. This movie makes it happen.

An edge-of-the-seat thriller from one of the most family-oriented film stars bodes something special. And 100 is special. The contemporary technological concern about social media becomes an interesting story  narrated in a gripping manner.

A cop on a secret enterprise gets a nasty surprise when he finds his family trapped by a dangerous conman. That is just the cop's story. The audience get to watch surprising twists and shocking turns every second scene.

The first few scenes are used for a soft launch of the story in the old style including a song. But once the actual plot gets going, there is no looking back. The cat and mouse between the cop and cheat keeps you hooked. What is not a fight between the good and bad must be a fight between legal and illegal.

Ramesh Aravind's execution of the story is clinical. It is measured and shuns melodrama. Not going overboard is what makes 100 a perfect family film. There are some impressive performances too. Prakash Belawadi and Shobraj, even in their small roles make a lasting impression.

Ramesh Aravind is a perfectionist as ever while Rachita Ram sparkles in the character. Vishwa Karna as the antagonist is a charming menace. Satya Hegde's clearly defined shots and Ravi Basrur's music compliment the film well.

This perfectly balanced film has a message for the masses which is convincingly put across.