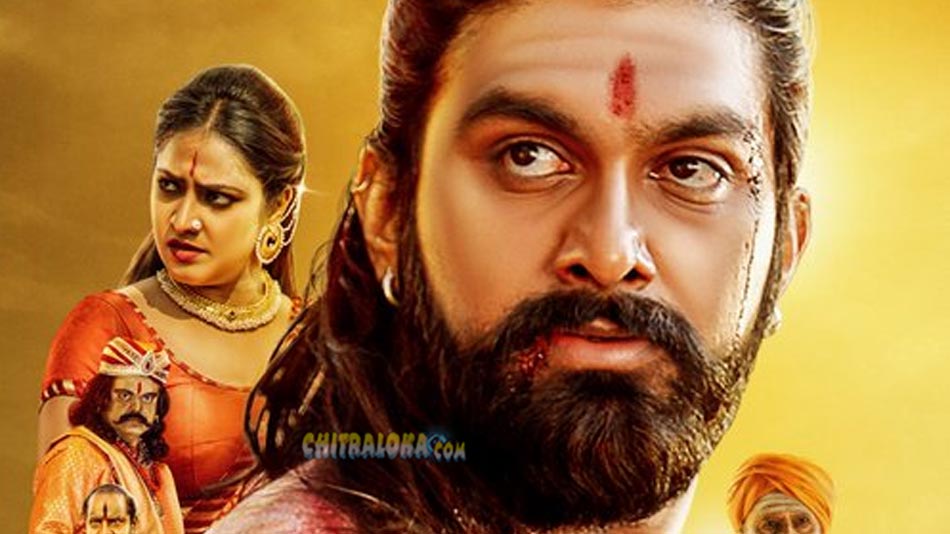 After directing several youthful entertainers, director Hari Santhosh has picked up an important part of the state's history dating back to 16 to 17 centuries old of the timeline of palegars of Chitradurga including Madakari Nayaka, before his reign and his predecessors. Adopting the works of writer B L Venu, the film's first chapter focuses on Dalavaayi Dange, revolving around the mightiest and ruthless commander-in-chief - Dalavaayi Mudanna.

Attempting a periodic of this magnitude is itself an act of appreciation, which dates back to time when men were known for their bravery and their sacrifices for their motherland and the rulers who protected their citizens against all forms of threats from the enemies within and beyond the boundaries of their kingdom.

Apart from all the rich history, the makers have done their best to present it in an appealing manner on the screen right from the performances, to the technicalities involved in the making.

Since the first chapter is heavily based on the mighty Dalavaayi Mudanna, actor Prabhakar of Bahubali excels and his willingness to dub his own voice for his character is a commendable effort. Whereas, Rajavardhan, son of popular actor Dingri Nagaraj is impressive throughout the film with his maturity to handle such an important and an iconic personality.

The art team and the visual effects, especially the sequences involving the ferocious tiger is one of the highlights for the audience. It certainly takes the audience back to the glorious days with enough information embedded in the script for anyone to know about the essence and importance of such an era.

The other highlight is that of the versatile actress Hariprriya, who as Siddhambe is a treat for the fans. She effortlessly pulls out the character which has multiple shades to it.

As a whole, the movie does justice to the history and to a greater extent in bringing it on the screen within the limitations which it has been filmed. A must watch for all who love history, and periodic films. Go book your tickets for a date back in time of a glorious past.