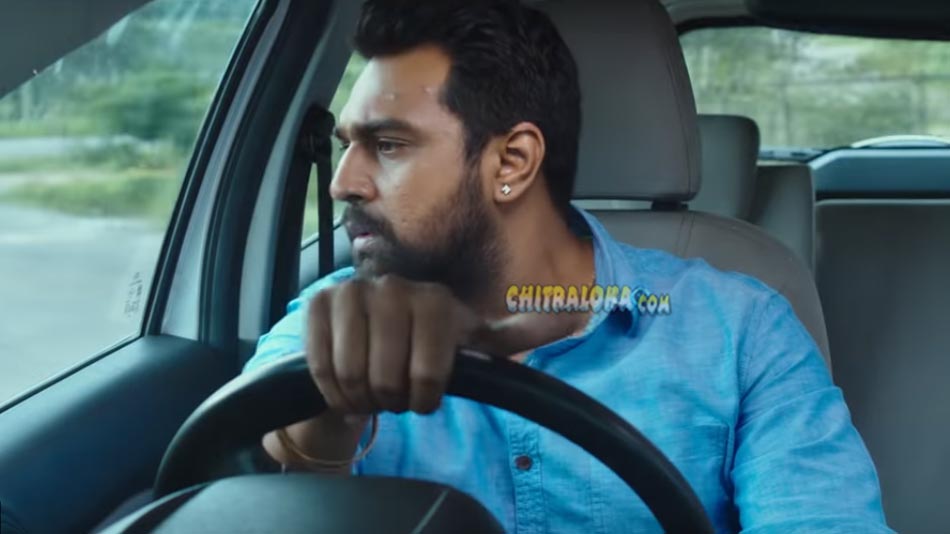 One more suspense thriller hits the Kannada screens, as this one comes from the craftsmanship of Aa Dinagalu fame director K M Chaitanya, known for his works with titles starting from the letter A or Aa.

The director has once teamed up with Chiranjeevi Sarja, for the consecutive fourth time since the success of Aatagara, which was another kind of suspense with multiple characters on display.

In Aadyaa, the film deals with emotional content packed with suspense elements right from the beginning. The experienced campaigner with a strong theatre background, has dealt with the work of an inspiration in the best possible manner which suits the Kannada audience.

The film takes off with the protagonist Aditya Shankar played by Chiranjeevi Sarja receiving an audio message from his girlfriend from the past after a gap of six years. She is now married to another. Once, Aditya reaches Bengaluru, things start to roll over the missing case of his once girlfriend's daughter. However, according to all but for his girl played by Sangeetha Bhat, the girl does not exist!

The technical team has rendered justice in accordance with limitations of the subject and the much needed background score to lift the experience.

Amongst the handful of characters, Shruthi Hariharan as the police officer along with Ravishankar Gowda and B M Giriraj deliver a top-notch performance. The rest is another great opportunity utilised to its best by Chiranjeevi Sarja. It is Sangeetha as a mother in search of her daughter, which leaves greater impression on the minds of the audience.

K M Chaitanya offers a good suspense mixed with emotional content, which makes it a must watch for those movie lovers who have a taste for different kinds of suspense coupled with entertaining factors