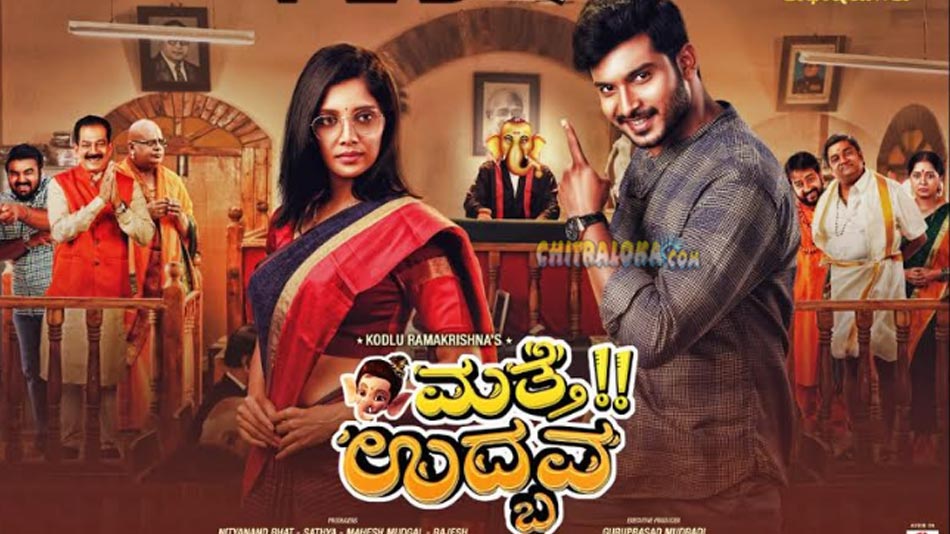 The 1990s superhit film 'Udbhava' by the veteran filmmaker Kodlu Ramakrishna returns with a fresh look to it. The continued saga is a treat to the fans of Udbhava, as it keeps the original essence intact while delivering an entirely new package to the present generation audience.

With Rangayana Raghu in the lead along with the talented Pramod and Milana Nagaraj, Matte Udbhava kick starts with the idol of Lord Ganesha emerging yet again for a rib tickling comedy. The director's take on Matte Udbhava is a hilarious one but also carries an important message to the audience and to the society at large.

Rangayna Raghu as priest and his son played by Pramod make use of the idol to swindle people, which ensures for an edge of the seat entertainment. The humorous twists and turns is a perfect recipe for this retake on the classic movie. Milana plays her part beautifully.

Further, the movie is also inspired by real life incidents in a lighter vein such as black money in a mutt, a struggling actress making her efforts to get into politics, building mafia and more.

Along with top-notch performance, it is the Kodlu Ramakrishna's narrative style which makes Matte Udbhava another must watch movie for the season. Expect entertainment plus some important message in a humorous way from this one. Go book your tickets at a theater near you for some real fun on the big screen