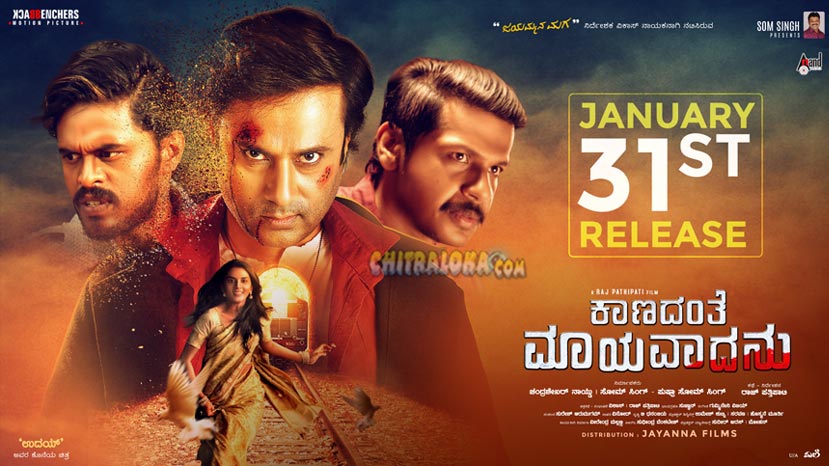 Looks like it's the season of dogs for sandalwood, and the man's best friend has started the industry on the successful path in 2020. After couple of ventures, it is the turn of Kanadante Mayavadanu directed by Raj Pathipati which is embedded with a lot of suspense and thrilling moments for two hours.

This one marks the debut of another director, Vikas as hero in a haunted tale of revenge saga. Also, this has more than just the canine in action but filled with a lot of ghosts which leaves the audience haunted for a while in an emotional story of a man who sets out to avenge his death.

Vikas as Rummy, a lawyer is killed by a rowdy in the opening scene of the movie, which sets the tone for two hours of suspense and horror. Soon, the audience is introduced to the spirit of Rummy and his new avatar in not only avenging his death but safeguarding his love interest played by Sindhu Lokanath.

That apart, what makes the vanishing tale more interesting is the good humour in addition to the best performances across the cast. Each one of the characters does justice to the script right from Vikas, who tries his hand at action, suspense, romance and even taps his foot for a dance number. Sindhu makes an impressive comeback.

Achyuth Kumar is one of the highlights along with the canine and the rest of action what Kanadante Mayavadanu offers with the required amount of commercial elements in it. It's a good watch for those who seek sensible entertainment, and a must for suspense lover along with dog and humour in the lead.