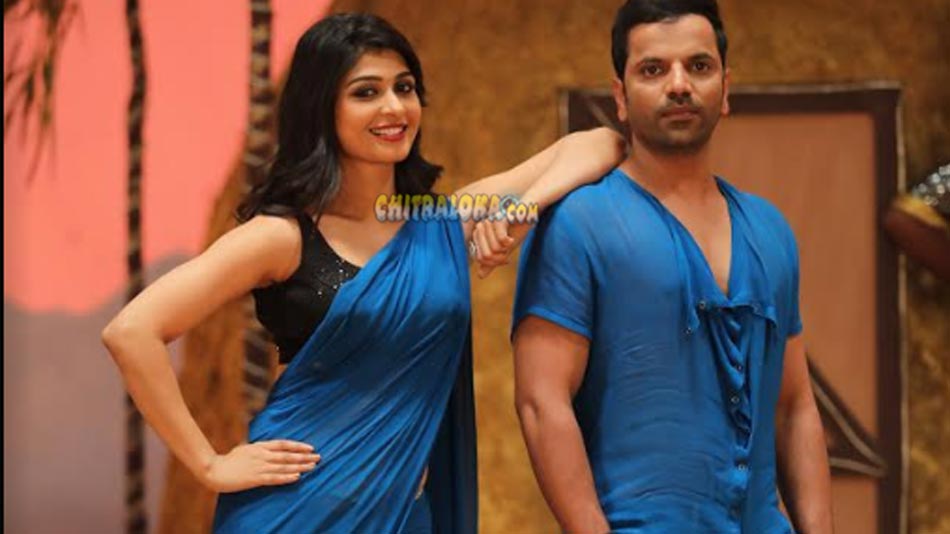 It's a perfect tribute to Kashinath, one of the most talented and sensible filmmakers in Sandalwood, who carved a niche of his own. Like his category of films, carrying an important message which many wouldn't dare to experiment, Brahmachari too falls under a similar category which throws light on one such vital issue which bothers a section of the male community. Plus, it comes with loads of humour added into it.

With a neat script, director Chandra Mohan has all the essential ingredients for Brahmachari. Uday K Mehta gets the credit for venturing it in first place. A rib tickling tale, it is about the central character played by Satish Ninasam who has taken a vow in his childhood to not to fall in love or indulge in any sexual act until he is married.

While the protagonist manages to stay true to his vow, he encounters a beautiful girl, played by Aditi Prabhudeva, over a help he offers to her. What follows after the pretty girl falls in love with him is a fun ride for the audience to watch out until the end.

Once he finally marries, the main issue surfaces and Dattanna comes into play with a series of solutions to manhood problem faced by our hero. Satish and Aiditi along with Dattanna and other put up a lovely performances, which is one of the highlights of Brahmachari.

The second half gets seriously humorous as the hero finds himself in a challenging situation. Despite a sensitive issue, the director has smartly managed with clean dialogues which even a family audience can enjoy with no qualms about it.

Looking for some fun, then go watch Brahmachari which has loads of it along with an assurance to entertain without fail.