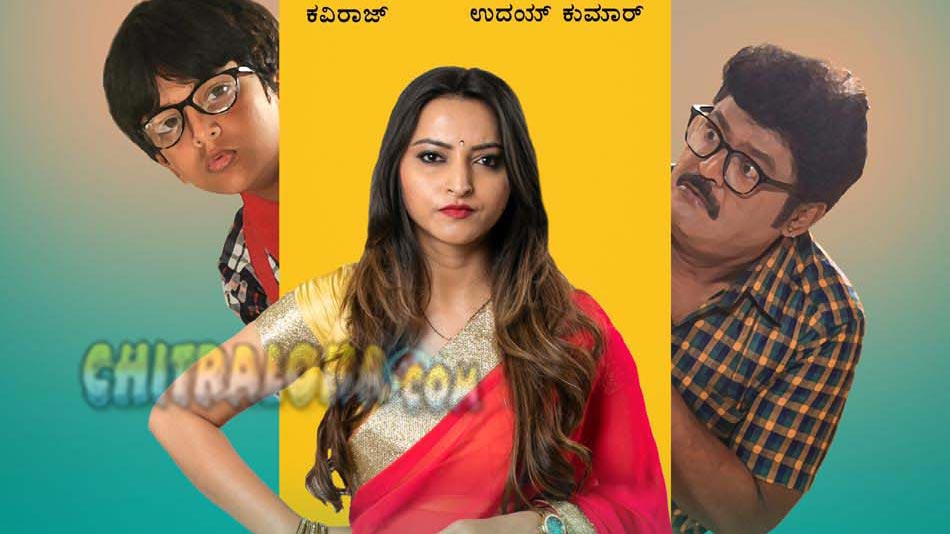 After the romantic comedy, director Kaviraj returns with educative tale in 'Kalidasa Kannada Meshtru', which talks about the sad state of affairs pertaining to the present educational system, which has turned into a profit-making business by the private institutions, the conditions of government run schools and more importantly on the unnecessary pressure being exerted on the innocent children.

While a lot of movies are made in the past, questioning the present system of education and its irreversible damage being caused on the young minds at an early age, Kaviraj's 'Kalidasa Kannada Meshtru' is another eye opener for the public to look at the burgeoning issue with a great cause of concern.

Presenting such a serious issue is always a challenge, and the makers of this one has struck a good balance between conveying the message through a decent entertainment for the audience.

The first half throws light on over-emphasis being given on the English language when it comes to the medium of education with a satirical touch to it coupled with a well performed character of Kalidasa played by Navarasa Nayaka Jaggesh, a Kannada teacher with very little knowledge about English and his escapades when getting his only child admitted into a English private school. And, how Kalidasa stuffers at the hands of his wife played by Meghana Goankar, who is hell-bent upon getting the child admitted into a reputed English school.

The director has webbed an intelligent script showcasing the educational system in a heart touching drama. Whereas, the conditions of government run schools is another issue dealt brilliantly in this infotainment.

The second half is the struggle and the pain of this Kannada teacher showcased through personally and professionally. It is a must watch for all the parents and the authorities concerned to realise the grave mistake being committed in the name of the current educational system, to save the dreams and future of our little ones.

Navarasa deserves appreciation for his heart touching performances and hope the system changes for the good in the coming days where only marks do not measure the real talents of the students.