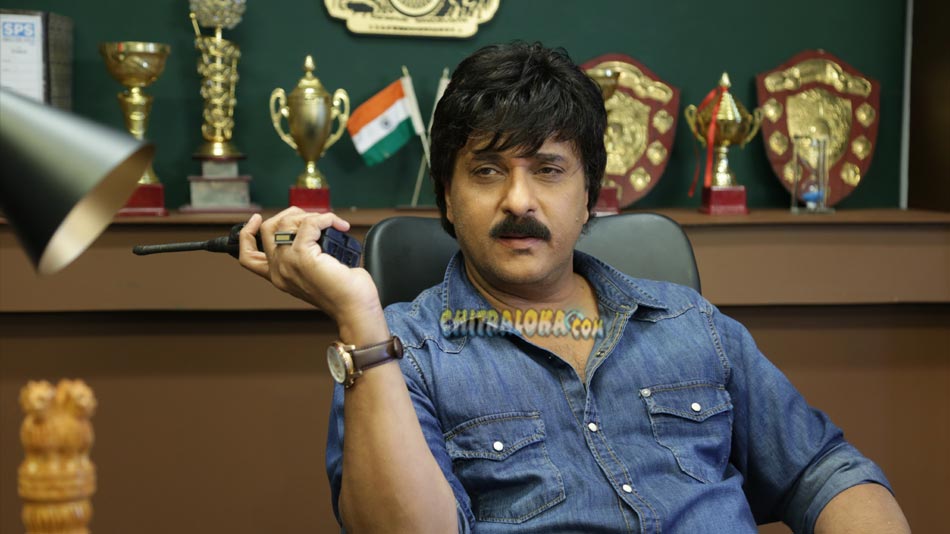 The showman of sandalwood, Crazy Star V Ravichandran had been known for his 'lovely' romantic dramas until he surprised everyone with a complete makeover in Drishya as Rajendra Ponnappa. The subtle and intelligent portrayal in the suspense thriller gave him a new image and the same continues with 'Aa Drushya', made under the banner of K Manju Cinemas.

Though it is an official remake of a Tamil super hit film, Aa Drushya has everything what the curious fans of suspense crime thrillers can seek for. Plus it has the crazy star who leads the show as a senior police officer.

For those, who are completely unaware of the original would enjoy it more for the suspense and all the twists and turns the movie is packed in with. The other best part of it is the duration, which is a crucial factor for any such genre of films to hold the attention of the audience right till the climax. It gets over well within two hours with no songs or romantic chapters, which were the trademark of crazy star's movies.

Insofar as the tale, it revolves around two murders and two persons who go missing on a night in Mysuru, as the hunt for the mysterious killer starts with Suryatej, played by Ravichandran in the lead. However, the narration of it is from different perspectives, revealed four years later, one from Suryatej who is now retired from service after losing one of his legs while investigating the case,  and another from a man who is curious to know about the real culprit!