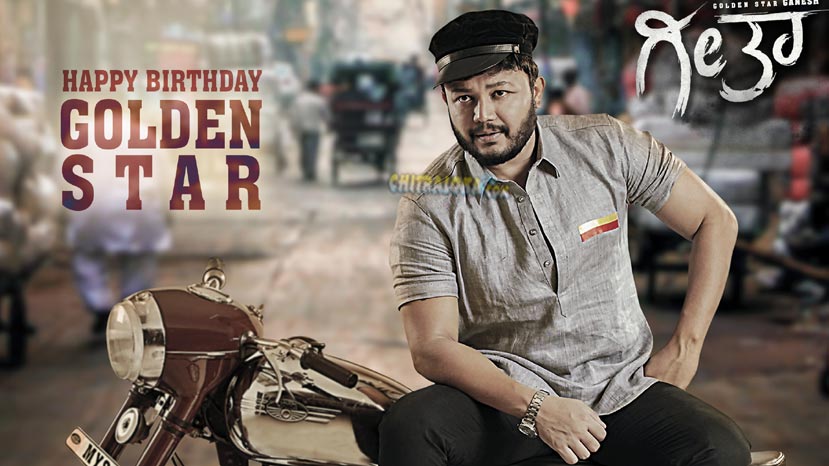 After the magnificent Kurukshetra and Pailwaan, it's now the turn of golden star to shine with a perfect tribute to an important movement in the history of Karnataka - Gokak Chaluvali, and further added with the trademark emotional tale of a love story twisted between two different generations.

The debut director, Vijay Nagendra, who has written this beautiful piece, certainly deserves appreciation for presenting Ganesh in two different shades, one which as an angry young man and another in his usual avatar as a lover boy with a golden touch to it.

With an impressive story backed with equally great screenplay added with talented cast and crew, Geetha turns out to be a well made romantic drama. The infusion of Gokak Chaluvali is an added treat for the audience, which highlights the importance of the agitation, which the majority of the present generation is unaware of.

Insofar as Geetha's tale is concerned, it is split in two dimensions, told from the point of view of Akash played by Ganesh from the present day and the other which is a flashback into the 1980s, the peak time of Gokak Chaluvali. Shankar who was one of the leading men, fighting for the Kannada language and its existence. The younger Shankar is played by Ganesh and the elderly is played by Dynamic Hero Devaraj.

Thereafter, it is twisted with a cute love story and the drama which continues for decades. While golden star shines with an angry avatar and as well as his signature act of a lover boy, it is Shanvi Srivastava who is the pick amongst the three main female protagonist. She tops it up by lending her own voice for one of the two different roles sets in the 80s and as the modern day pretty girl.

That apart, Prayaga Martin and Parvathy Arun have a distinctive character which adds value to the drama. Sudharani, Devaraj, Achyuth Kumar and Rangayana Raghu plays a short and sensibile role.

It's a highly recommended one, as Geetha delivers on most of the account. Go fall in love at a theatre near you.