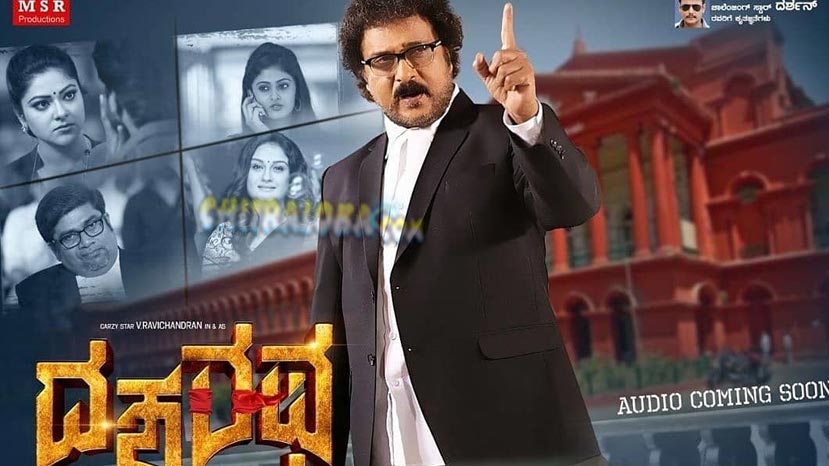 As per the epic Ramayana, Dasharatha as the father of Lord Ram is well documented but whereas his bonding with his daughter Shantha, the first born child to him and his wife Kaushalya still remains to be one of the less talked-about episodes in ancient history. Taking cue from it, director M S Ramesh has delivered a modern version of Ramayana with unique twists and women in focus.

After the tremendous success of Drishya, Crazy Star V Ravichandran, returns to play another subtle character with utmost perfection decorated with skilful portrayal of an advocate in this one. With him, comes the talented bunch of female artists - Sonia Agarwal and Abhirami who return to sandalwood after sometime, and Meghashree as his daughter.

Dasharatha is high on family sentiments and courtroom drama. Like Seeta in Ramayana faced difficult situations in her life, even Shantha had faced similar sequences. Drawing inferences from it, the character of Meghashree puts the modern tale of Dasharatha in action, proving the guilt of a perpetrator in the eyes of the judiciary.

As per the tale goes, Dasharatha is a successful lawyer with a happy family. However, things go awry when his daughter fall prey to an evil with the backing of another evil with a history attached to past life of Dasharatha. While in Drishya Ravichandran faced the situation as a commoner with impeccable qualities, but here he is loaded with the experience of an intelligent lawyer.

The three female artists render justice while it is Ravichandran who shines both inside and outside the courtroom drama tagged with family sentiments. MS Ramesh does justice to his unique version of Ramayana packed with decent entertainment in the end. A must for crazy fans and family audience seeking for a well-balanced two plus hours of entertainment.