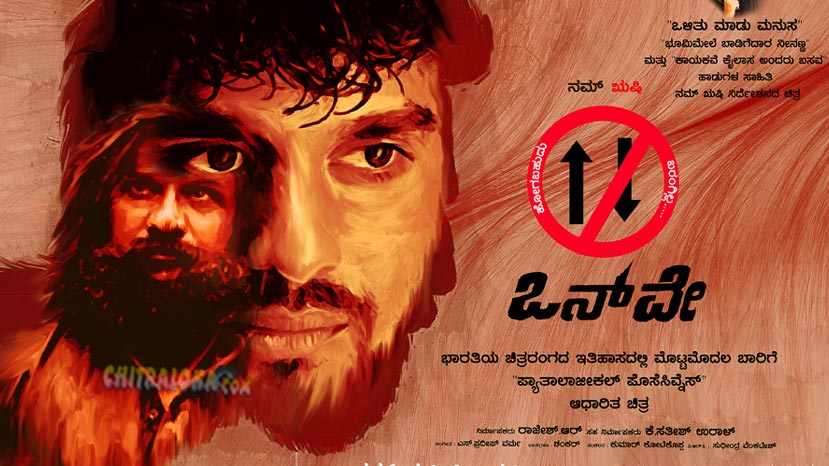 The term 'one way' is very much familiar to those who drive on the busy roads of Bengalureans, but here it relates to a different take on the 'realistic' tale.

Directed by Nam Rushi, the movie with the tagline 'hogbahudu barangilla' showcases decent making and does more than just entertaining, giving a clear message on the end results when taken the wrong way marred by violence.

While many movies have been made in the past revolving around underworld and revenge sagas, this one is slightly different for its approach which holds mirror to the current scenario which prevails in the society.

It also has a cute love story along with the presence of deadly weapons. Whereas, the story moves on a brisk pace in the first half, the surprising twist in the later part keeps the audience engaged including the lovely number  'naguthalve naguthalve. Also, the song dedicated to the superstar Rajinikanth, featuring his real best friend Raj Bahaddur, are the others elements which works well for the movie. Kiran Raj and Shilpa lead the show with able support cast.

All in all, an experimental venture with an honest attempt based on good script pegged around real incidents, romance and beautiful songs leads this 'one way', to a guaranteed entertainment tagged with a message to the audience.