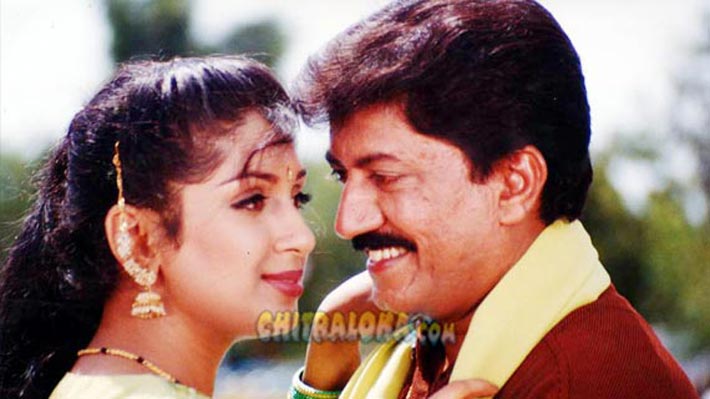 What one can expect when two action image stars like Dynamic hero Devraj and B.C.Patil converge in a film in these days of bizarre of commercial films. Fights, action, thrills galore in this film. For every ten minutes you will find one long boring, moronic fight. Thank god, the hands, legs and heads does not roll and fall on the floor. Instead the fighters roll in the sky in their attempt to bash up the hero's. The message of this film: The society in which we are living is clumsy do not trust anyone.

As a matter of fact there is hard work in the sense the action portions to treat the B and C centres have been executed very well.  In the second half at the fag end of the film you will find a surprise.

In a nutshell the story is about a disenchanted youngster graduated in Electrical Engineering. He has a sorrow behind him haunting. He picks up the revolver in the first half and put down three miscreants. In the second half he is the 'Astra' (weapon) for a lady who has ulterior motive to attain power in the society. When the hero joins her company his education comes to his help. He fixes dangerous wires and kills three more people. By the end of the film he had murdered seven persons. He gives a thoughtful lecture too. According to him the law and order is falling like how coins fall into the plates of Beggar. There is one sincere police officer (he is police officer in real life but on a long leave)- the main hardship for the protagonist. The brain power exchange to pistol power only because of this police officer. After some more abundance of fights the lady hatches a plot to achieve her goal. At this time the cop and a criminal join their hands. It is the end of the play for the lady and also for the audience.

For whose sake these types of senseless films are made is the question creeps into your mind after coming out from the film. The director Anand P.Raju picked up the shades from a Kamal Hasan starring thriller – 'Oru Kaidhiyan Diary'.

While dynamic hero Devraj and B.C.Patil do their roles honestly the other areas makes it miserable to watch. Raga Sudha with pin up dresses provide good relief from deep neck garments she wears. If this is the way to treat the audience to gather the market the dignity of Kannada films surely comes down further.

If you are an action lover, got the time to spare three hours you may certainly go and watch this film.