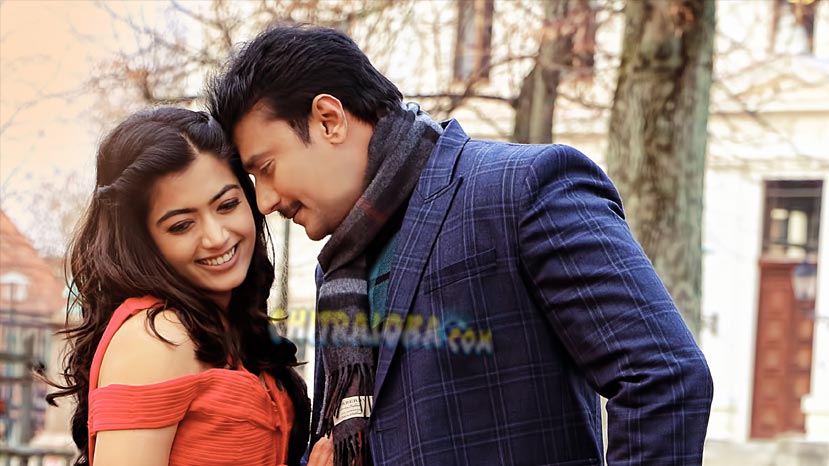 In one word, it's a 'treat’, for all those die-hard fans of challenging star Darshan, who had to wait for more than a year to witness him in action on the big screen. The 25th combination of dasa and his favourite composer Harikrishna who along with P.Kumar have extracted a perfect action thriller for this pre-summer season.

Just like the character of Shivanandi, which according to mythology is the vehicle of Lord Shiva, Darshan pulls forward this action packed saga which is set around a simple tale but a well-oiled commercial entertainer.

Since ages, oil has been one of the most important essential commodity for the mankind. Here, in Yajamana the makers have oiled this action thriller around cooking oil business, based on traditional methods. It also throws light on the plight of farmers, and how the middlemen make the profit as the growers suffer at their hands.

Shivanandi takes on a business tycoon played by Anup Thakur, who throws series of challenges at him. Will Shivanandi emerges victorious in the end, is the story of Yajamana.

Though on the outlook, it is all about Darshan and his star power which propels this venture with proportionate mix of romance, comedy, action and drama, it is also comes with a subtle message on why some traditional methods of agriculture and its business is still the most effective means for farmers even in this modern world.

Melodious composer and singer Harikrishna who along with the assistance of Kumar, have scored a perfect tune even behind the camera. Insofar as performances are concerned, it is Darshan who leads the pack with Rashmika in a pretty role and Tanya Hope making a beautiful debut.

Devaraj plays yet another dynamic role, and Sadhu Kokila joins the bandwagon of popular comedians from television for a rib tickling sequences. Dali Dhananjay, Anup Thakur and Ravishankar as villains challenges Shivanandi, and in the end Yajamana turns out to be a fan-tastic experience for over two-and-half hours.