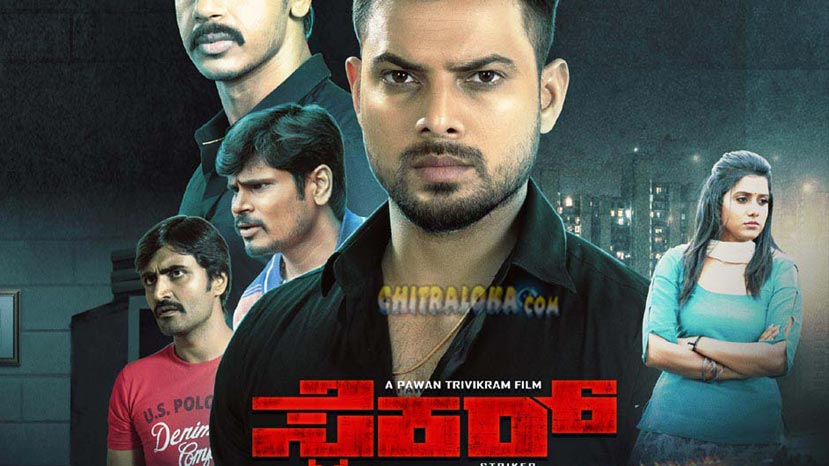 After an impressive Churikatte, Praveen Tej is back with yet another intelligently made crime thriller. What strikes the most in 'Striker’, is the manner in which the director Pavan Trivikram has given a new spin to the crime thriller, for an edge of the seat experience.

Despite revolving around a murder and the suspense over whodunnit, the twist in the tale is a neatly webbed confusion over dream and reality take on it.

The protagonist, portrayed by Praveen suffers from a mental disorder due to which he cannot differentiate between dream and reality, and in such circumstances he gets embroiled in a murder. Is the murder real or is it a figment of imagination of the protagonist, is the surprise element which keeps the audience hooked onto right till the end.

Apart from the decent performances, Striker scores good with music. Sourav Loki, who has been making noise for his villainous avatars, delivers his best as a cop along with Dharamanna Kadur who gives the thriller the much needed humour. Shilpa Manjunath too shines bright in a pretty role. Striker is a good watch in the end which comes with an innovative touch to the set crime thriller.