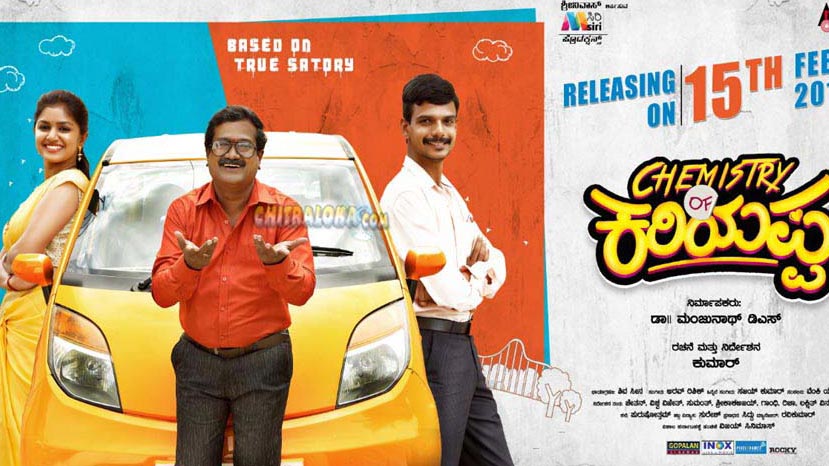 It was a laughter Friday for sandalwood this week with the release of two movies which are high on humour. While Kirik Party director Rishab Shetty nailed it with Bell Bottom, Chandan Achar who made it big with Kirik Party as an actor has made an impressive debut with Chemistry of Kariyappa.

The chemistry we are talking about has nothing to do with any kind of chemical reactions but an unique reaction concerning relationship between a man and his wife. A strange reaction which needs a balancing stir to contain it before it explodes causing irreparable loss to the loved ones.

That apart, it also dwells upon the bond between a father and his son. Based on a true incident which occurred in Mandya district, the makers of this film have given it a humours touch to it to deliver an all important message to the society.

The reel chemistry is a simple story that of Uttara Kumara (Chandan Achar), the son of Kariyappa played by Tabla Nani. As the father is worried over his son's growing age and unable to get his marriage fixed, Uttara Kumara finally finds a girl for himself. They soon fall in love and get married. But the actual chemistry is when the wife sends a divorce notice. When the actual reason behind seeking divorce becomes public, the action shifts to courtroom.

The producer Dr. Manjunath who plays the lawyer fights for the cause. Despite the existence of jokes dealing with double entendres, Kariyappa's intention for a good cause serves purpose to the seriousness of the subject. A chemistry for life with a hint of comedy offers a good entertainment in the end.