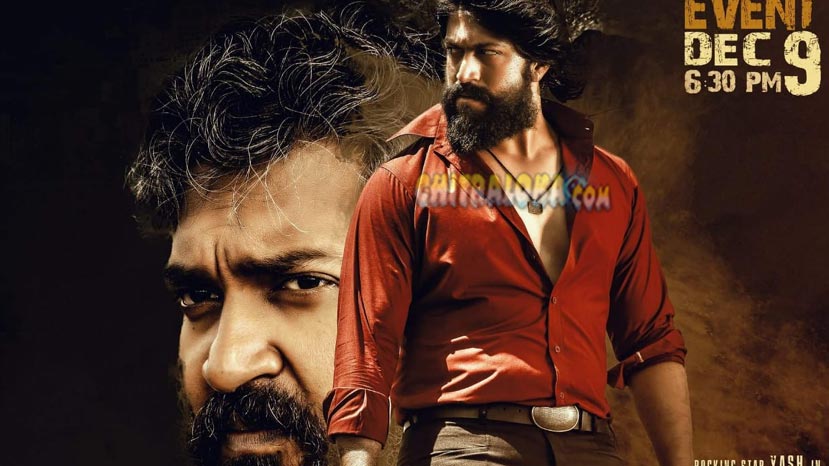 Director Prashant Neel has crafted a masterpiece of a film with KGF. The first chapter of the film is a visually stunning gem of a film. It is a bold new film in Sandalwood that goes further than any other film in exploring the stunning magic of film making. It is a visual wonder and the impact the film makes on the viewer continues long after you have watched it.

Every scene and every shot of the film is filled with stunning visuals. Each of the dialogues are measured and carries weight. Every character is devised with a purpose.

The film goes back and forth from 1951 to 1981 to 2018. In 2018 an old journalist is narrating the story of a 1980s don. No one is ready to believe him as there is no single evidence to show that he even existed. The journalist's book is also banned. But he reveals a story that stuns everyone.

A poor orphan boy goes to Bombay to make a livelihood. He grows up to become a don who kills many. He is sent to Bangalore on a task. He fails. Now he has to infiltrate a notorious gold mine controlled by a devilish villain to kill him. Does he succeed? Even if he succeeded he will only unleash bigger demons.

Yash is stunning and has immense screen presence. He takes the film to another level with his acting. Neel has crafted every character to perfection. Srinidhi has a small presence in this part but makes a big impression.

On the technical front the film is quite literally the best in Kannada so far. From the camera work to art direction, the film is stunning to say the least. The background score is another masterpiece. Each shot of the film showcases a grand visual. Anyone who watches the film will be tempted to watch it again.