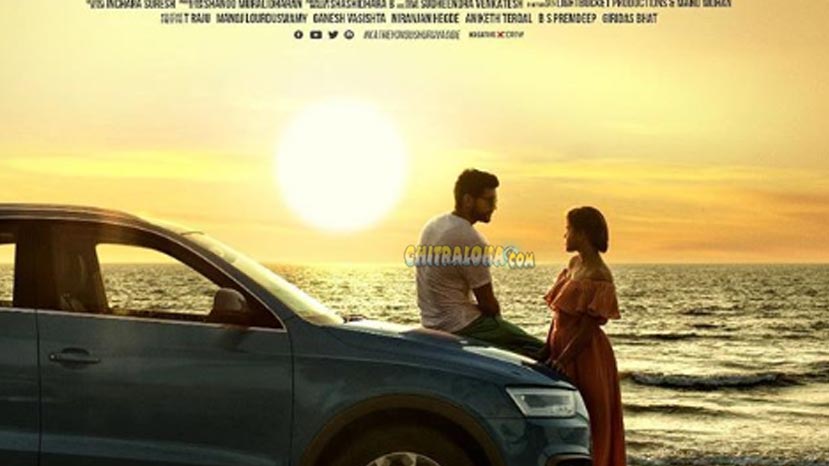 Diganth has given his best ever performance in Katheyondu Shuruvaagide. It is very unlike any of the films he has ever acted in. It is not the kind of film you generally associate with him. It is not also the kind of film you get in Sandalwood regularly. It is surprising how director Senna Hegde has managed to tell so much about life by confining his story to a single location. It is a miracle of story telling.

Diganth plays the owner of a resort which is not doing good business. In fact there are hardly any guests he has a tough time financially. The leading lady played by Pooja is one of the guests in the resort. She too has her own background story. But the film is only about the present. The few days she stays in the resort and what happens between the various characters. There are six main characters and the bond and conflict between them makes for an engrossing film.

There are no special effects, drama or emotional overdose in the film. Everything is normal and what you would see in normal human beings not in film characters. The film slowly unravels the characters and the unfolding story happens like in normal life.

Among the performances, the director has allowed the actors to evolve their own style which is stunningly natural. The performance of Diganth in the climax is so good. You have already forgotten that he is an actor and is a real resort owner somewhere far away whom you are watching out through the film screen.

It is one of the best directorial debuts. Though Senna Hegde has made one more film earlier, this is a full-length feature for him and he is one big find for Sandalwood. He shows maturity of thought and reason. Sandalwood fans will look forward to many more good films from him.

Superb music, brilliant camerawork and perfect editing has made Katheyondu Shuruvaagide one of the best films of the year. Do not miss it. It is a fresh commercial wave in Kannada.